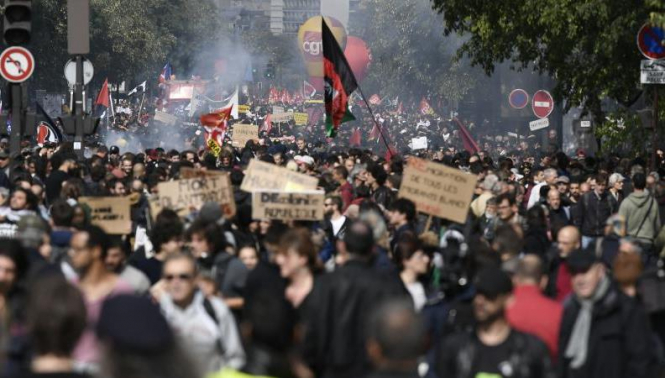 Workers across a range of sectors are set to walk out on Tuesday, October 9, as part of a general strike protesting against employment and social reforms.

Despite the strike, many services are expected to operate close to normal. SNCF said on Monday afternoon that the walkout by CGT-Cheminots, SUD Rail and FO workers, part of an ongoing dispute over reform of the railway operator, will have "almost zero impact" on rail traffic. Bosses forecast 'minor disruptions in the Midi-Pyrénées, Occitania and Aquitaine.

Meanwhile, public transport networks in towns and cities across the country will be affected, with early disruption expected from Monday, October 8, from 7pm. According to the C'est la Grève website, some services will be affected in Bordeaux, Clermont-Ferrand, Dijon, Grenoble, Lille, Lorient, Marseille, Montbéliard, Montpellier, Nancy, Nantes, Nice, Nîmes, Reims, Rennes, Rouen, Strasbourg, Toulon, and Tours.

As a result, rush hour traffic could be heavier than normal as commuters use private vehicles and other means to get to work, while - in Paris - a protest march will leave Porte de Paris at 2.30pm.

Public and private health workers are also set to strike, with some hospital services covered by outsourced workers.

Some disruption is also expected in schools, but they will vary between establishments, and from region to region. In Strasbourg, for example, school meals will not be provided in schools, collèges and lycées.