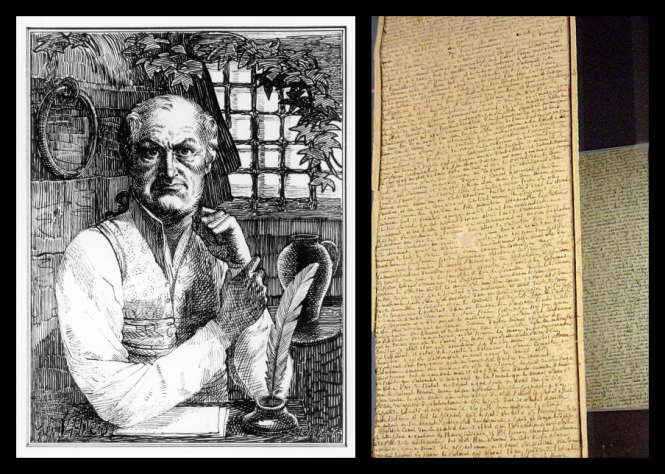 A handwritten manuscript of The 120 Days of Sodom, the notorious and controversial 18th-century novel by the Marquis de Sade, has been acquired by France for €4.55 million.

Sade’s work and his underlying philosophy of extremity and excess, although still hugely controversial, has inspired many greats over the years, including painter Francisco Goya, poet Charles Baudelaire and philosopher Friedrich Nietzsche.

The origins of sadism

Until the 20th century, Sade’s contribution to literature was largely overshadowed by the scandal of his writings, which inspired the word “sadism”. Focus then turned towards examining his philosophy.

The 120 Days of Sodom was banned in Britain in the 1950s, owing to its sexually violent content, but has since been made a Penguin Classic.

"It has profoundly influenced many authors", the French Ministry of Culture said after securing the manuscript. It will be kept in the Bibliothèque de l'Arsenal in Paris.

The cost of the acquisition was covered by Emmanuel Boussard, a former investment banker and co-founder of the Boussard & Gavaudan investment fund.

"He wanted to demonstrate his special attachment to the Bibliothèque de l'Arsenal, where his grandfather served as curator between 1943 and 1964", the Ministry of Culture stated.

Donatien Alphonse François, Marquis de Sade, spent much of his life behind bars as a libertine persecuted by the Ancien Régime and by regimes resulting from the French Revolution.

The 120 Days of Sodom (originally published as Les Cent Vingt Journées de Sodome) was written while he was imprisoned in the Bastille in 1785 and was never finished.

Measuring over 12 metres long, the impeccably well-preserved scroll is made up of 33 pages glued end-to-end and covered in handwriting that is barely legible due to its small size.

It was saved from the Bastille by a revolutionary, Arnoux de Saint-Maximin, who sold it to an aristocrat, the Marquis de Villeneuve-Trans.

The manuscript was later acquired by a German psychiatrist, who allowed it to be published for the first time in 1904.

It was later bought by a collector then stolen by a publisher, who sold it to another collector. In 2014, it became the property of businessman Gérard Lhéritier, founder of the Aristophil company.

Following a fraud investigation and the liquidation of Aristophil, the French government classified the manuscript as a "national treasure" in 2017.

The manuscript will be presented at a conference in 2022, aimed at questioning the image of Sade, the reception of his work over the centuries and its interpretation today, the ministry said.