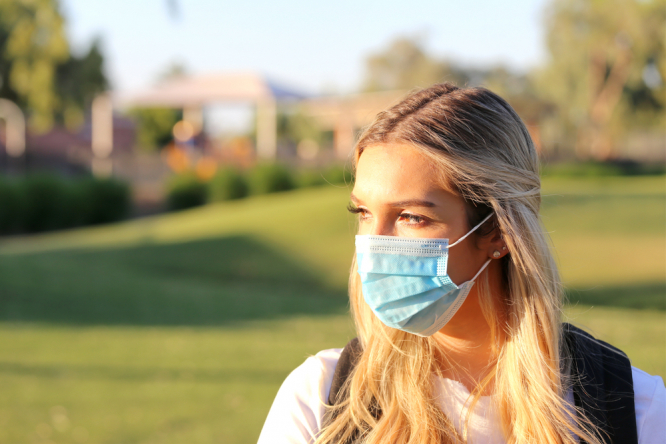 Facemasks are no longer a requirement in school playgrounds Pic: Mark Breck | Shutterstock

Children will no longer have to wear facemasks in the school playground at break times, Education Minister Jean-Michel Blanquer has said, confirming an announcement from the ministry last night (June 16).

They remain mandatory for children over the age of six inside school buildings.

Prime Minister Jean Castex had announced on Wednesday, June 16, that the requirement to wear masks outside except in certain circumstances would be dropped from today (Thursday, June 17).

The Prime Minister's Office had originally said masks would still be a requirement in school playgrounds - which were considered places of 'grouping and proximity' - but later reversed the decision following advice from the health body, the Haut conseil de la santé publique.

On Wednesday evening, the Ministry of Education said the mask requirement in outside areas of schools would no longer be enforced - confirmed the following morning by Mr Blanquer on France Inter.

He said he 'hoped … with all my heart' masks would not be necessary at all at the start of the new school year in September.

"It is imaginable which does not mean that it is certain," he said, adding: “I know many children, teenagers, have found it difficult to wear them.”

He said the school health protocols for September would be planned in early July, and that many elements would be similar to those adopted for the 2020/21 school year.

Encouraging children aged over 12 to be vaccinated against Covid-19 he said the rules would evolve according to the health situation. “Even in July, it won't be definitive. We will explain the possible scenarios and we will decide at the end of August.”