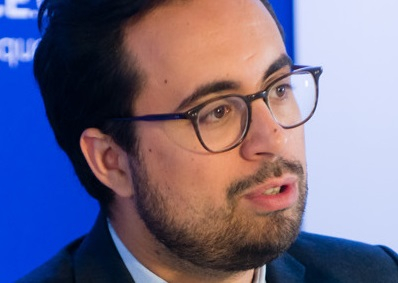 Mr Berners-Lee is known for being the inventor of the World Wide Web. He unveiled his contract plan at the 2018 edition of the Web Summit event which began this week.

Secretary of State Mounir Mahjoubi said: “We [France] are the first country to have signed.”

The contract, which is set to be managed and implemented by the World Wide Web Foundation, is expected to lay out terms on issues such as the use of personal data, terrorism and extremist content, online harassment, and competitive commerce.

This could include measures such as a commitment to remove extremist and illegal content from the web as soon as possible, to help curb access to radicalising media.

Further details are expected to be revealed from the beginning of 2019.

Mr Mahjoubi said: “Everyone has woken up to the idea that we need new regulations and new governance [of the Internet].

“Signatories of this charter are committed to discussing a list of objectives over the next six months. This will include large businesses, start-ups, national governments, and NGOs. Each one will have chance to express their wishes and aims.”

Tech giants Google and Facebook have also joined the contract, Mr Mahjoubi said, explaining that they have already committed to being part of the discussion, and are likely to sign the final agreement too.

It is hoped that France’s early signing of the contract will encourage others to join, with the possibility of sanctions on signatories who do not fulfill their obligations to uphold the agreement terms.

Mr Mahjoubi said: “We will collaborate to push forward progress, and may sanction if the transgressions are serious.”

He added that some online platforms were still too slow to take down illegal or extremist content.

The Web Summit - known as “the Davos for Geeks” - has this year seen over 70,000 attendees, including delegates from over 2,000 start-ups, as well as 1,500 investors looking for new venture partners.