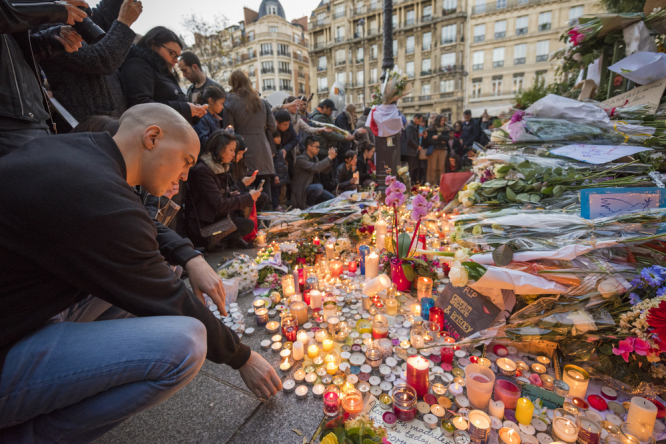 Commemorations are set to take place around Paris today (November 13) to pay tribute to the 130 people who were killed in a series of terrorist attacks around the city six years ago today.

On November 13, 2015, Islamist extremists carried out coordinated attacks on the Bataclan concert hall, Paris cafes and the Stade de France. Alongside the 130 victims, a further 350 people were wounded. It was the deadliest peacetime attack on France.

Several ceremonies are planned today to honour the victims. Prime Minister Jean Castex and four other members of the government will attend sites affected by the attacks, including the Stade de France and the Bataclan. They will be joined by the mayor of Saint-Denis Mathieu Hanotin and Paris mayor Anne Hidalgo.

A minute of silence will also be observed before the French national football team’s match against Kazakhstan in the Parc des Princes in Paris this evening.

The tributes carry a greater sense of pertinence this year, as a trial of 20 people accused of involvement in the 2015 terrorist attacks began in September.

It is the biggest trial in France’s modern history. The trial has been suspended uniquely for today in honour of the commemorations.

Of the 20 defendants in the trial, 14 are attending in person, including the French-Moroccan man Salah Abdeslam, thought to be the only surviving member of the group directly involved in the attacks. The others are suspected accomplices or sponsors of the attacks.

The investigation of the trial of the attacks lasted four and a half years and the file has more than 500 volumes, or more than 47,000 minutes, which would representent a pile 53 metres high.

The trial is due to last 140 days, just over four-and-a-half months.

Francois Hollande, who was French president at the time of the attacks, testified at the trial on Wednesday (November 10). He told the court that the terrorists wanted to “punish France for what she is”.

“Why didn't they attack the authorities? They didn't hit barracks, police stations, they hit terraces, a concert, a stadium,” he said.

He also said that security services had done all they could to prevent the attacks.

“There are difficulties in knowing precisely when and where we are going to be attacked," he said.

A courtroom was specially built in the Palais de Justice courthouse to accommodate all the people attending the hearings, including over 300 lawyers.

A dozen other rooms have been equipped with video screens to allow all those involved to follow the proceedings live, for a total capacity of 2,000 people at the court of appeal, according to Le Monde.

Paris terror attacks survivor: Remember the victims, not their killers