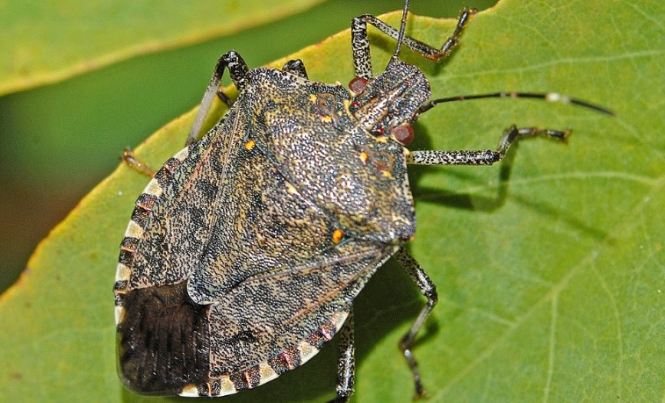 The stink bug, known also as “halyomorpha halys”, is a brown-grey insect with small white marks that is known for being highly invasive and damaging to vegetation.

Originally from Asia - notably China, Japan, the Korean peninsula, and Taiwan - the insects seek warm spaces to hide in winter, and can even infest houses in towns and cities.

Warm temperatures this autumn have been blamed for worsening the problem in recent months, with sightings of the bugs particularly seen in Paris.

Although they do not bite humans and do not carry any diseases, the insects can cause problems for humans with allergies.

Researchers say they have been receiving many more calls than normal about the insects this autumn in particular.

Romain Garrouste, researcher at biodiversity institute l’institut de systématique, évolution et biodiversité, which is part of scientific research centre the CNRS at natural history site Le Muséum d’Histoire Naturelle in Paris, said: “Since September, we have been overrun by calls and sightings from inhabitants in nearly every arrondissement in Paris, north to south.

“For this insect, this time of year marks a period of research into possible hibernation sites for the adults. Our houses are nicely heated and sheltered, making them perfectly welcoming [to the bugs].”