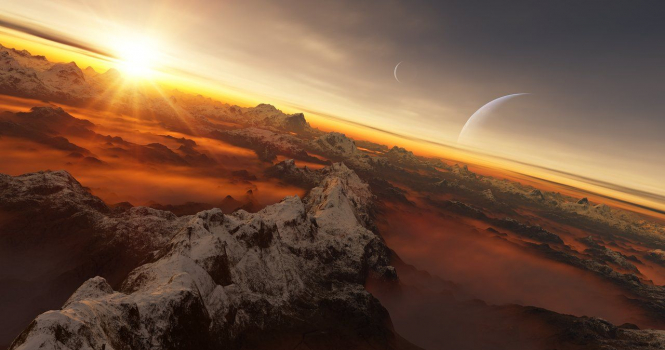 The call to name the planet has been launched by astronomy and celestial body naming authority the International Astronomical Union (IAU). It is part of a wider exoplanet naming project, dubbed IAU100 NameExoWorlds, held to celebrate 100 years of the IAU.

The project, involving around 100 countries in total, has assigned a national committee to the key participating nations, to manage public participation and establishing a voting system.

HD 8574b - a “gas giant” - is technically French, as it was discovered by scientists at the Observatoire de Haute-Provence.

Newspaper Le Parisien explained: “HD 8574b is a gas giant. Its size is similar to that of Jupiter, but it has twice [Jupiter’s] mass.”

To take part in the naming competition, the public can simply sign up online here, or contact the French IAU outreach coordinator, Fabrice Mottez, here. Participants will be notified when voting opens.

The shortlisted names will be announced in December this year, ahead of a final decision by the IAU.

The naming event of stars and exoplanets is only the second ever campaign of its type.

On the IAU website, Debra Elmegreen, IAU President Elect, stated: “This exciting event invites everyone worldwide to think about their collective place in the Universe, while stimulating creativity and global citizenship. The NameExoworlds initiative reminds us that we are all together under one sky.”

The website continues: “It is now believed that most stars in the Universe could have planets orbiting them and that some of them may have physical characteristics that resemble those of the Earth.

“The sheer number of stars in the Universe, each potentially with orbiting planets...suggests that extraterrestrial life may be likely.”