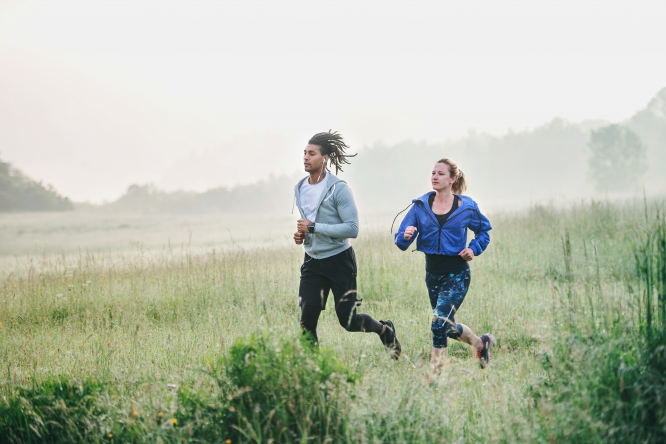 A petition has been launched to ask the government to loosen the lockdown ruling that only permits people to leave their house for exercise for one hour per day and within one kilometre of their house.

France re-entered lockdown on October 30, meaning everyone has to stay at home except for certain reasons, such as short outings for exercise.

Billy Fernandez, a mountain guide in the Hautes-Alpes who launched the petition, said: “The second wave is here, the health situation is serious. We are once again confined, and once again the government has decided to prohibit access to nature beyond one kilometre and one hour daily.

“However, we have been able to observe the negative effects of confinement without the possibility of going out into nature on the increase in domestic violence, depression, sedentary behaviour or even addictive behaviour, which sometimes constitute risk factors for Covid-19.

“This is why we are asking you [the government] to authorise supervised access to nearby natural areas, in strict compliance with barrier gestures. These gestures are much easier to apply in nature, where the virus is not present,” he wrote on the change.org website where the petition is being hosted.

Mr Fernandez launched a similar petition in April during the first lockdown, which was unsuccessful.

He told FranceInfo that he hopes this new petition will work as people are “really starting to get fed up with a confinement that appears to many to be unfair, inconsistent and even punitive”.

“Confinement has a significant effect on inequalities, since we are not all confined in the same way: country house, flat, studio without access to the outside, etc.,” he said.

Prime minister Jean Castex gave an update on Covid-19 measures, two weeks into the lockdown, on Thursday, November 12. He said that the rules would stay the same for at least the next two weeks.

The petition comes amid widespread surprise and condemnation that hunters of large game are permitted to continue hunting during the lockdown.

“There is an obvious discrimination here because, honestly, where is the Covid risk when you are alone in nature?" he said.

Hunters of small game are equally incensed at the ruling.

The government has ruled that large-game hunting is necessary to limit damage caused by the animals.

“During this period of confinement, we must avoid an increase in damage to crops, forests and property by a proliferation of populations of large game such as wild boar or deer. It is only for this purpose and at the request of the administrative authority that hunting actions can take place in the coming weeks.”

7 in 10 French people in favour of lockdown, survey shows

How to cope with the mental stress of France's lockdown