France on alert for tiger mosquitos 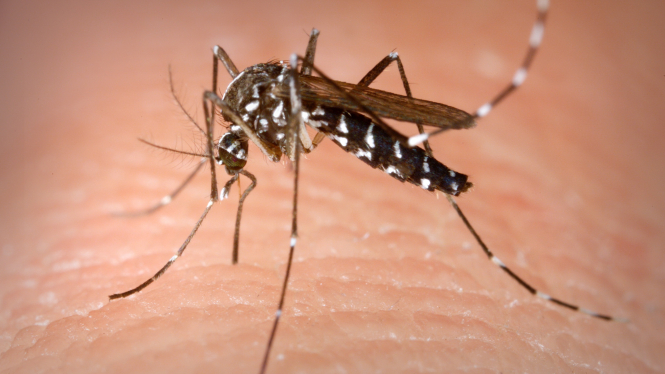 Despite storms and rain, people in 30 departments across the south are being urged to look out for the pests which can transmit the zika virus, as well as other diseases such as yellow fever, dengue fever, and chikungunya.

The species – originally of Asian origin – is well-established in Provence-Alpes-Côtes d’Azur and Midi-Pyrénées-Languedoc-Roussillon, as well as the Vendée, Haut-Rhin, Bas-Rhin and Val-de-Marne.

So far this year there have been no reports of any tiger mosquitos in France or any outbreaks of the diseases they can carry but the Health Ministry has issued a yellow alert and has set up a site where the public can record sightings at: www.signalement-moustique.fr

Anyone contracting any of the viruses transmitted by the tiger mosquito must report it to the health authorities via their doctor and people are also being asked not to leave stagnant water outside, such as water in saucers under flowerpots, as this provides breeding grounds for mosquitos.

The species has been spreading in France since 2004 and has now been seen across the south of the country as well as in Vendée, Haut-Rhin, Bas-Rhin and Val-de-Marne.