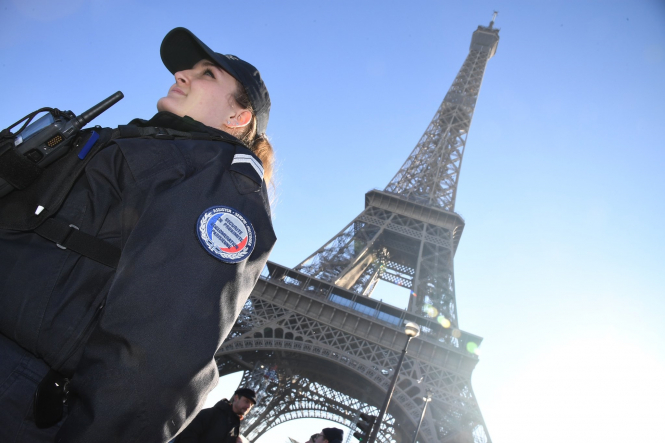 The extra security presence was confirmed by the interior minister, in anticipation of the "traditional" New Year unrest
By Connexion journalist

The extra security provision was confirmed by interior minister Christophe Castaner, who said it would also be “strengthened by the presence of military and firefighters”.

The extra personnel have become a familiar fixture of December 31. There were almost 150,000 law enforcement staff mobilised last year, up from 140,000 in 2018.

Mr Castaner said: “We will be present when it comes to [car] checks and road security. We will be totally mobilised.” The minister added that the extra security was not due to any heightened terrorist threat, even if the threat level remains at “a permanent high risk”.

In France, New Year’s Eve is also known as “la nuit de la Saint-Sylvestre” (night of Saint-Sylvestre). In Paris, it is traditional for up to 300,000 people to assemble on the Champs-Élysées to celebrate the New Year; and many Metro lines and bus routes continue to run throughout the night to help residents get home without needing to drive.

Yet, the date has also become infamous as a night on which deaths on the roads increase, unrest rises, and hundreds of cars are torched, especially in poorer areas of major cities including Paris, Lille, Strasbourg, Toulouse and Nantes.

Cases of arson - mainly of cars, but sometimes of buildings - are reported every year in France on December 31, as - as a Time magazine article from 2009 put it - “a regular form of expression for disenfranchised suburban youths wanting to make sure the rest of the country doesn't forget they exist”.

On December 31 2018, hundreds of cars across the country were torched, including almost 300 in Paris, 50 in the Rhône, 54 in Yvelines, and 22 in Bouches-du-Rhône. Other cases of arson - including of a public centre in Nantes - were reported in Brest, Reims, Colmar, Montélimar, St. Nazaire, Vannes, Rouen and Le Havre. There were also a number of arrests, especially of teenagers from disadvantaged or minority areas.

The car-burning phenomenon was first acknowledged by the government after then-President Jacques Chirac noted it in 1999, but the issue has been known to sociologists since the 1970s and 80s. In contrast to some riots or unrest, car burning on December 31 is usually not directly linked to a specific, single cause or grievance.

According to Le Parisien newspaper and figures from criminal research centre l’Observatoire National de la Délinquance et des Réponses Pénales, as many as 20% of the fires may be lit with a view to defrauding insurance companies.

19 hours ago
3
French farmhouse renovation: DIY tricks to get rid of rats