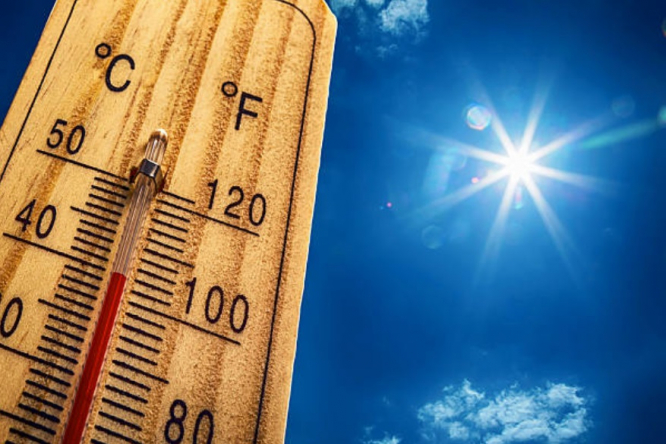 France is bracing itself for another heatwave, which forecasters say could break July records in Paris
By Connexion journalist

The measures come as France is already suffering the effects of the extended heatwave weather last month - including drought, pollution spikes, and a heightened risk of forest fires.

Forecasters say that this week’s short-but-severe heatwave could break temperature records for the month of July in Paris - which is currently 40.4°C, recorded July 28, 1947.

François Jobard, forecaster at Météo France, said: “This is a short heatwave, which is good news, because the longer it lasts, the more people become exhausted and the worst conditions become, especially for the most vulnerable.

“Heatwave plan level 3” has been enacted across several departments, including in the Ile-de-France region, the Dordogne, Gers, and the Gironde.

This ensures a range of measures designed to protect more fragile residents, including older people. “Cold rooms” will be open in public spaces such as sports halls, and there will also be temporary drinking water fountains and fans installed in public. Five extra parks and gardens will remain open at night, on top of those already open at night in summer.

Parisians can download a smartphone app, Extrema (Paris), to find a list of all 922 “cold spaces in Paris, permanent and temporary”.

Homeless people will also be invited to use an air-conditioned sports hall for shelter, in major cities including Paris and Toulouse. Toulouse especially has opened a sports hall dedicated to homeless women with children.

Water company Eau de Paris is offering 3,000 water bottles across the city to those who need them, and some leisure centres are handing out “heatwave kits”, to remind people of good practice in hot temperatures.

More advice on how to stay cool in a heatwave can be found here, and on the government's own website, sante.gouv.fr.

Measures designed to limit traffic and pollution are also in place.

The cities of Lyon and Paris, and the towns of Caluire-et-Cuire and Villeurbanne have introduced traffic restrictions after high levels of pollution were recorded due to the rising temperatures.

There is also a speed limit reduction of 20 kph in place on all roads in the Rhône department, on roads where the speed limit is usually 90 kph or higher. Roads that have an 80 kph limit have been reduced to 70 kph for the duration.

A statement from Atmo Auvergne-Rhône-Alpes said: “Persistent heatwave conditions can cause a rise in ozone emissions. No improvement [in air pollution] is expected over the coming days. The air quality may even drop gradually, and several areas may break the threshold for ozone levels.”