France ready for months of strikes 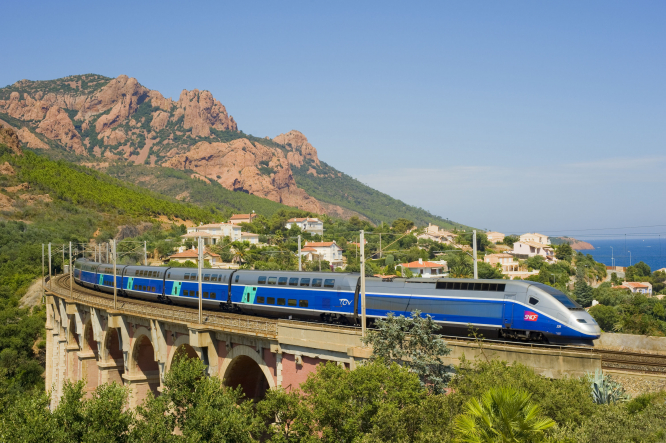 Despite the strike, most people did manage to get to work and longer-distance travel was little affected
By Brian McCulloch

There is an unwritten rule in France that if protests and strikes against government policy result in police figures of over one million people on the streets across the country, the government has to back down.

On the face of it, the first day of major strike action in 2018, on Thursday March 22, where police figures were 323,000 (as opposed to union claims of more than 500,000) should mean that the government does not have much to worry about.

Rail unions marched in Paris and in most large towns, at the same time as civil servants. On the fringes, masked casseurs wrecked bank windows and street fittings, in Paris, Nantes and Bordeaux and fought with riot police who used water-cannons in Paris. But violence was limited compared to some past protests.

Unions said they expected concessions. Laurent Berger of the moderate CFDT union told RTL radio: “If they do not listen, I tell you, fonctionnaires [civil servants] will be very mobilised.”

The Prime Minister’s office said the strikes showed there were legitimate concerns which it would consult on. It added that the government had a mandate for change change

and reforms would continue. There was a 35% participation rate among rail workers, which unions say will be the start of a rolling pattern covering the next three months.

They are upset that the government is pushing for the end to the special status of cheminots to new entrants. It means if you join the SNCF young, you get a job for life, regular pay increases, advantageous health cover, help with housing, an early index-linked retirement, and free first class rail for yourself and your extended family.

Many trains were cancelled, especially in Paris, and the RER D, which serves the SNCF headquarters, practically shut down.

But most people did get to work, and recent laws requiring a minimum train service, as well as car-sharing schemes via mobile phones, and télétravail (working from home) meant scenes from the rail strike of 1995, where many people were forced to hitch hike or walk were not reproduced. Then, rail and civil servant strikes over pension reforms spread to other sectors and led to the government backing down.

The second contingent of strikers – fonctionnaires – are opposed to reforms to cut posts and take away privileges, making their jobs closer to the private sector. Among central government officials the strike rate was 12%, in local government it was 8% and 11% in hospitals.

Some schools did not open,  some hospitals cancelled non-urgent operations, and Radio France and France TV news was disrupted however overall the effect of the strike on services was limited.

Unions were due to have a joint meeting to decide how to proceed as The Connexion went to press, and a meeting was planned with the government at the end of March.

The rail unions earlier published a list of 36 further strike days. They include the Easter holidays and several jours de pont where holiday days are linked with public holidays. The days are:

Initial opinion polls after the strike day, commissioned by Le Figaro newspaper showed that 55% of French people rated the day a failure by unions seeking to mobilise a large part of the country against the reforms.

Further questioning showed 58% oppose the idea of rolling strikes in the railways, but 50% think the government needs to do more to stop strikes, including backing down on some parts of the reform package.

From the government, both Employment Minister Muriel Pénicaud  and Education Mini­ster Jean-Michel Blanquer called for talks. “Organisations which believe, like the CGT, [one of the radical unions] that a tough stance is the best way to protect employees, are wrong,” Ms Pénicaud said. “It is better to have a negotiated, regulated approach, more open, if you want France to grow and for unemployment to fall.”