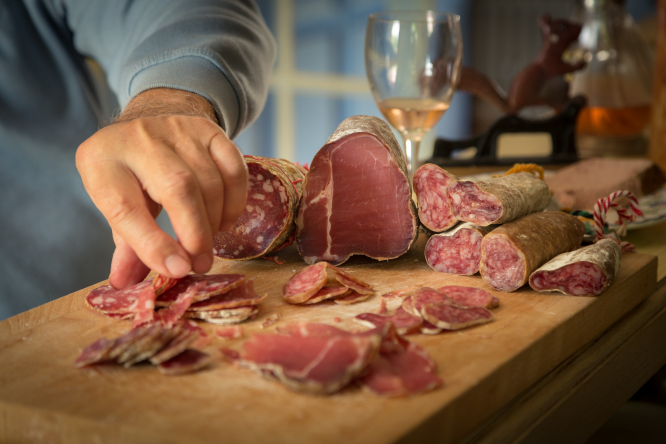 Of the cases, 17 were in children, the agriculture ministry said in a statement released yesterday.

A link between the dried meats and salmonella symptoms was established on November 13, the same day authorities began removing suspect products from shelves in Leclerc supermarkets,

The recalled products were produced by the brand Saint Azay, owned by France Salaisons.

A further “preventative” recall was carried out on November 16.

Affected products should be returned

The agriculture ministry recommends that people who have products that they believe may be affected, should not eat them, and instead return them to the shop where they were purchased.

Symptoms of salmonella include severe digestive problems such as vomiting and diarrhoea, often accompanied by fever and headaches which appear six to 72 hours after consumption of infected products.

Anyone with symptoms should consult a doctor and tell them what you have eaten.