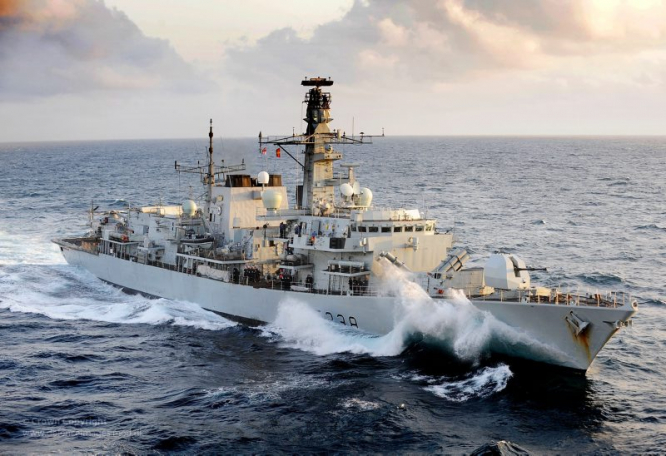 France should stop all controls on migrants en route to the UK and let the UK “deal with it”, a French MP has said, in response to news that the UK may mobilise Royal Navy vessels to patrol French fishing boats.

“At least their navy boats will actually be doing something [in that case], rather than threatening our fishermen.”

Mr Pont said that Britain should have “pressure” put on it when it comes to Brexit, and that stopping any cooperation when it comes to migrants trying to pass through France en route to the UK would send a clear message of retaliation to the British government.

The UK has confirmed that at least four - if not eight - Royal Navy ships are on standby and ready to patrol the UK’s fishing waters from January 1 in the event of a no-deal Brexit.

The vessels would have authority to stop, inspect and even impound any EU fishing vessels found to be operating within the UK’s EEZ, which can reach as far as 200 miles from shore.

In extreme circumstances, a ship could even be impounded and taken to the nearest UK port.

Fishing patrol ships are already common in UK waters, but a no-deal Brexit would see the Royal Navy stepping up its operations and tasks.

But a Navy source told newspaper The Guardian: “Nobody is going to be firing warning shots against French fishermen; firearms are only used when there is danger to life."

Fishing has been a major issue of contention in UK-EU Brexit negotiations, and the EU has even suggested that a one-year extension be allowed for more negotiations, in a bid to find a final deal on the subject.

European commission president Ursula von der Leyen, last week said: “We understand that the UK aspires to control its waters. The UK must, on the other hand, understand the legitimate expectations of EU fishing fleets built on decades and sometimes centuries of access.”

Last weekend, France reacted nonchalantly to news of the Royal Navy ships, with an Elysée official telling Reuters reporter Michel Rose: “Keep calm and carry on”, in a tongue-in-cheek reference to the much-used British wartime slogan.

Tongue-in-cheek reaction from the Elysée on plans to deploy Royal navy ships to protect UK fishing waters: "keep calm and carry on," an Elysée official tells me https://t.co/u3pYsijdgM

Boris Johnson should resign if it is no-deal - British MP