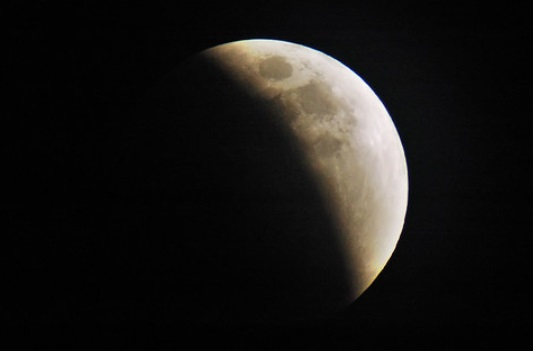 A partial lunar eclipse will be visible from France this month, after a solar eclipse tonight in the Pacific
By Connexion journalist

A total eclipse will be visible tonight in Chile and Argentina, and 50% visible from French Polynesia. It will last 4 minutes, 32 seconds at its peak - which will be visible only from the middle of the Pacific Ocean.

The European observatory in La Silla, Chile, will also be able to observe the eclipse for 1 minute, 52 seconds. After southern Chile, the shadow will travel to the south of Argentina, and finish a few hundred kilometres south of the latter country’s capital, Buenos Aires.

Interested readers may follow live reporting on the event on the skygazing Le Monde Autour du Ciel blog (in French), by expert reporter and scientific author Guillaume Cannat, from 21h15 on July 2.

Although mainland France will miss out on seeing tonight’s astral event, it comes just two weeks before the country will be able to experience a partial lunar eclipse, expected on July 16 at sunset.

The peak of the lunar eclipse is expected at 23h30 in France, with 65% of the Moon in darkness. This phenomenon is set to be visible from most of the Earth, except North America and the central Pacific.

Also this month, stargazers in France may also be able to catch a glimpse of the planet Venus, which is currently visible towards the north-east horizon, less than an hour before sunrise.

On July 13, the planet Jupiter is set to be especially visible on the horizon, around 90 minutes after the sun will first begin to set.

Two days later, on July 15, two hours after sunset, Saturn will appear close to the Moon towards the south-eastern horizon. At 1.35 billion kilometres away, it appears as a slightly brighter dot in the sky.

More information, and maps of the sky, can also be found on the Autour du Ciel blog.