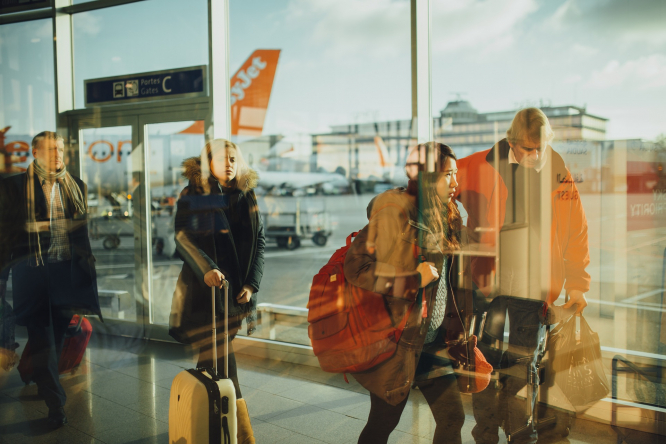 France is to extend its trial of a travel health pass to include flights between Orly Airport in Paris and Germany, Spain and the Netherlands, within the next few weeks.

The trial allows passengers to store proof of a negative Covid-19 PCR test on their smart phone through France’s test and trace application TousAntiCovid. Within the app, there is a “carnet”, where passengers can upload their negative test result by scanning a QR code.

The experiment has been running since April 22 for flights between Orly Airport and Corsica. It is set to be extended to include flights to overseas territories next week before later being extended to other European countries, such as Germany, Spain and the Netherlands.

From tomorrow, April 29, passengers will also be able to upload certificates stating they do not have Covid-19 symptoms to the “carnet”.

Later, passengers will be able to upload vaccination certificates and possibly serological certificates showing they have immunity to Covid-19, France’s digital sector minister Cédric O said in an interview with Franceinfo. This system is voluntary and passengers can present individual negative PCR test results if they wish.

He said that 1,000 QR codes have already been scanned as part of the Orly Airport experiment.

“For the moment we have encountered no problems, things are going well,” he said.

“France is the first European country to deploy this type of pass.”

France’s transport minister Jean-Baptiste Djebbari said the system will make life easier for passengers by helping to cut down queues caused by airport staff having to check various different documents. He said it will also help to reduce fraud or the falsification of test results.

The TousAntiCovid application has been downloaded over 15 million times since June 2, 2020. Through it, 180,631 alerts have been sent to people warning them that they have been in close contact with someone positive with Covid-19.

In a European context

Mr O said of the pass being trialled, “we hope to be able to ensure that things are standardised by June within the European framework, which should make border crossings more fluid.”

This trial, while serving initially as a way for people in France to travel by air within the country and to overseas territories, will also lay the groundwork for the implementation of a Europe-wide health pass, called a Digital Green Certificate (DGC).

This certificate will help to facilitate travel within the bloc and the wider EEA by authenticating and standardising proof of documents, such as Covid tests and vaccinations.

The EU is hoping to have it in place by June.

The European Parliament is today (April 28) voting on the DGC proposal, after which discussions will begin with individual member states.

All EU citizens and family members, as well as non-EU nationals staying or living in member states and who have the right to travel to other member states, will be eligible for free DGCs.

The EU could also look into creating mutual recognition agreements with non-EU countries, such as the UK and the US, to allow their domestically developed certificates to be used to enter the EU.

Mr O ruled out the possibility of people using this type of certificate to gain access to cafés, restaurants, museums or other cultural spaces.

However, Mr O did say that a similar system could be used to facilitate large events such as festivals, concerts or exhibitions.

“Discussions on this are ongoing within the government,” he said.

A test concert is planned to take place at the Accor Arena in Paris at the end of May involving 5,000 spectators.

The idea is to test all the concert-goers for Covid-19 in advance, while those in attendance will have to wear masks for the duration of the show.

A similar experiment took place in Barcelona on March 27, also involving 5,000 spectators. It was considered to be a success. Two weeks after the concert, only six cases of Covid-19 were detected among the concert-goers, with four of those not thought to have been spread during the concert. The other two cases are unconfirmed.

Wedding service providers are also holding talks with the government about the possibility of the pass being used to facilitate weddings, Capital reported.

Events union, the Union des Professionnels Solidaires de l'Evénementiel, has stated that it is very favourable to this idea, “which would allow the return of an activity heavily impacted for the second consecutive year”.

UK-France: 'Traffic light' system set to open up travel from May 17

Macron: France Covid lockdown will end ‘in stages’ from May 3

Vaccinated Americans to be allowed to travel to France this summer

1 day ago
3
Britons in France: Five groups 'at risk' of missing card deadline