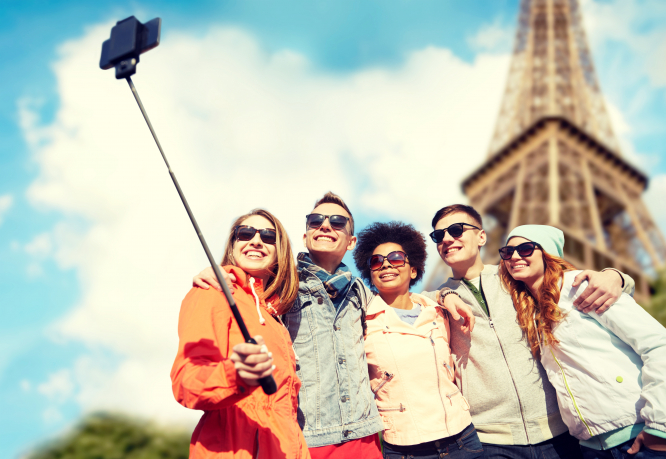 France is the most popular destination for school pupils applying for study or work abroad placements as part of the UK’s new Turing scheme.

The British government this August offered places to 40,000 school and university students from over 320 institutions, who wish to travel abroad as part of their course.

Spain was the second most popular option, with China coming in third and Germany fourth.

France also proved to be the second most desirable destination among further or vocational education students, with 532 (9%) going to France for their  Turing placement.

For university students, France was the most sought-after European destination, although it came in behind the US, Canada, Australia and China.

At the start of the 2021/22 academic year, 1,212 students will take up places in French universities or begin internships with French companies.

What is the Turing scheme?

The UK had been a part of the EU’s Erasmus student exchange scheme since it began in 1987, but has withdrawn following Brexit, creating its own study abroad programme.

This new Turing scheme is named after British mathematician, Alan Turing – one of the pioneers of theoretical computer science and artificial intelligence.

The Turing scheme will offer placements of as little as four weeks to as much as one year in 150 international destinations, including English-speaking countries.

Participants will be provided with funding to contribute towards their living costs. This will vary depending on the country, ranging from £335 to £380 per month for higher education students on nine-week to 12-month placements.

The scheme’s directors say that it will offer an extra £110 per month plus travel costs to students from disadvantaged backgrounds, who were the least likely to take part in the Erasmus programme.

Under the Erasmus scheme, UK students were offered (for 2020-2021, the final year) €370 to €520 per month in 2020/21, depending on the destination country and their placement type. An extra €120 per month could also be made available for students from disadvantaged backgrounds who were on study abroad placements.

The Turing scheme does not include an automatic tuition fee waiver, necessitating individual agreements between partner institutions. This could prove difficult if fees vary significantly in the different countries.

How does Turing differ from Erasmus?

Unlike Erasmus, the Turing scheme will not work as an exchange programme, and so will not bring international students into the UK.

In previous years, the UK had regularly figured in the top five most popular Erasmus destinations, with 30,501 students choosing to go there in 2018/19.

Placements will only be made available to students in UK education, while through Erasmus, teaching staff could also complete short visits to participating countries.

French turn to streaming for 'better' English lessons than school