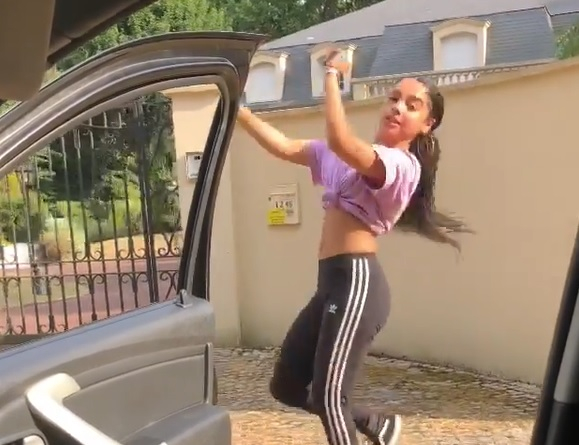 Many people all over the world have taken part in the challenge, with varying results
By Connexion journalist

The #InMyFeelingsChallenge is the latest social media “challenge” to gain in popularity, or - in Internet parlance - “go viral”. Such challenges usually consist of young people filming themselves doing a certain task and posting the video online.

Challenges can spread across the world quickly via social media channels - such as Facebook, Instagram or Snapchat - inspiring thousands or millions of “copycats”.

Often, the more dangerous or outrageous it is, the more quickly the challenge will spread, despite repeated warnings from authorities.

The #InMyFeelingsChallenge is named after a song by popular Canadian rapper Drake, on his latest album Scorpion. The challenge involves getting out of a moving car, filming yourself dancing outside of it, before getting back into the car afterwards.

Some people have also been using a motorbike instead of a car, and - thankfully - many have filmed themselves from a stationary car (or with no vehicle at all) instead.

Several high-profile celebrities including Will Smith have posted their own interpretations.

Yet, as the challenge grows globally, the French interior minister has reminded people that the game is dangerous, especially when done with a moving vehicle, because participants typically only look at their own car and the person filming the stunt throughout.

This means that the driver’s eyes are not on the road in front of them, and they may miss obstacles such as pedestrians, other cars, potholes or worse.

Some people have attempted the challenge and fallen over while doing it, and there have already been several accidents linked to its spread.

In France, anyone caught trying the challenge risks prosecution for the “offence of obstructing traffic”, punishable by a fine of up to  €4,500, and two years in jail. The offender may also see their car being confiscated, along with an additional fine of €35 for “driver absence” and “not being in control of a moving vehicle”.

This latest challenge comes in the wake of other similar examples in recent years, such as the ALS “ice bucket challenge”, the “Tide pod challenge”, or the “cinnamon challenge”.

The first - which also raised money for charity - involved pouring a bucket of iced water over your head; the second asked young people to bite into a clothes washing liquid “pod” and film their negative reaction; while the third involved filming yourself swallowing an entire spoon of pure cinnamon.