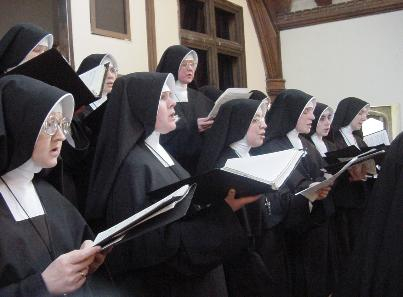 The nun had lived communally (in the habit) for decades, and had sought a similar arrangement in her new home
By Connexion journalist

The nun, who is over 70, had spent most of her life living in a convent in the Drôme (Auvergne-Rhône-Alpes), but decided to return to live out her older years in her original home town of Vesoul, in the department of Haute-Saône (Bourgogne-Franche-Comté).

She sought out a retirement home place through the local community authority, the Centre Communal d'Action Sociale (CCAS), and specifically chose a home that offers a communal dining space and a sense of community.

This was a priority for the nun, who had lived communally for decades.

After several months on the waiting list - during which time she had lived in the town’s local church vicarage - the woman was eventually informed that she had been granted a place in her chosen home.

But, the acceptance letter also said: “Residents may have preferences and convictions, and these must be respected. Out of respect for secularism, all ostentatious signs of belonging to a religious community cannot be accepted, with a view to maintaining the peace for everyone.”

After decades of living in the habit, the nun refused the offer.

She eventually found accommodation through the local parish. Yet, the nun is not said to be happy with the arrangements, as she now lives alone and must shop and eat alone, after years of living and dining within a shared community.

In the local parish newsletter, the priest of Vesoul said the row was a sign of “Christianophobia”, and wrote: “They are beating us about the head with their secularist principles, which people do not understand.”

He continued: “I do not see how a habit or a hijab can be damaging, because it is not a sign of submission, but of consecration.”

But when questioned on the issue by local newspaper France Bleu Besançon, the CCAS said that the nun had only been refused a place because she “did not want to follow the housing rules, which are the same for everyone”.

Secularism, known as the principle of laïcité in France, denotes the separation of church and state.

In practice, it can often mean that obvious symbols of religion - especially clothing or religious symbols, such as the Christian habit or the Islamic hijab - are not permitted in public or government spaces, such as public swimming pools or schools.

1 day ago
4
Covid-19: What is known about the Indian variants in France