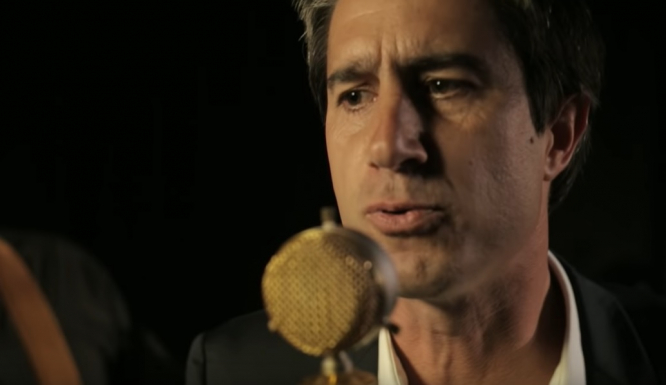 François Ruffin is the MP for the Somme department, and said the track was "a fight song" for our times
By Connexion journalist

François Ruffin, MP for the Somme department, released the video for the song online this week, in time for Bastille Day on July 14. He recorded the track with the 1980s rock band La Horde.

The three-minute-long track does not have the same melody as the traditional anthem, but it does use similar words in the chorus, with some noticeable changes.

Mr Ruffin also takes to the microphone himself to deliver some cutting political lines, including a denouncement of “these billionaires and CEOs”, the “globalised market”, health, and pensions and a criticism of some leaders’ approach to pollution and climate change.

Appearing in the video in a white shirt and smart suit - in contrast to the band around him, who are dressed in more relaxed, black clothes - Mr Ruffin appears to be gently mocking politicians (including himself), as well as making a clear political point.

Speaking to the magazine Les Inrocks, Mr Ruffin said: “I said yes, because I fantasise about putting a little bit of fantasy into my life. I don’t have a mohawk, but it seems that there is such conformism that you only have to take one step to the side, to be considered a ‘punk’.”

Explaining why he made the song, he said: “I adapted [the anthem] to create a fight song for our times.”