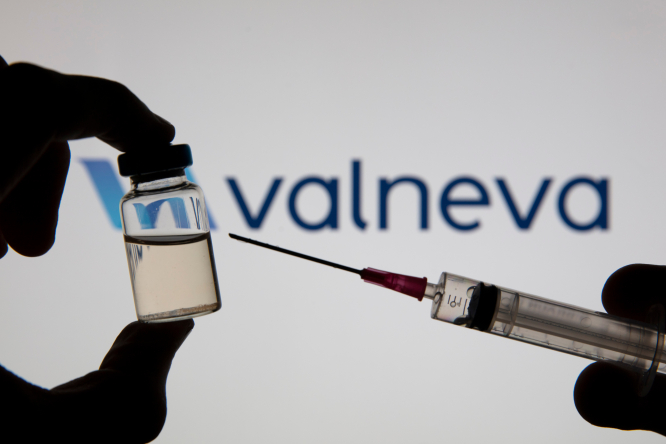 The UK has cancelled an order of 100 million doses of Valneva’s Covid vaccine, which is set for phase 3 trials later this year Pic: Ink Drop / Shutterstock

French vaccine company Valneva has said that it is continuing to seek approval for its Covid vaccine in the UK, despite the UK government cancelling an order of 100 million doses from the company earlier this week.

The British government said the company had not met obligations written into the supply deal contract – something the company denies and which it said it could go to court over.

UK health secretary Sajid Javid, meanwhile, said that the vaccine would not have been approved for use in the UK.

“There are commercial reasons that we have cancelled the contract, but what I can [say] is that it was also clear to us that the vaccine in question that the company was developing would not get approval by the MHRA here in the UK,” he said yesterday in parliament (September 14).

Valneva has stated that its phase 3 testing results should be available towards the end of this year and will make up a submission for approval to the UK’s Medicines and Healthcare products Regulatory Agency (MHRA).

The laboratory had said that early trials suggested its vaccine would be more than 80% effective.

Valneva stated in a separate announcement that it had recruited 300 volunteers over the age of 56 in New Zealand for the latest phase 3 testing of the safety of the vaccine.

Unlike the Covid vaccines approved for use in the EU, which use new microbiology techniques to be effective, the Valneva vaccine uses a “traditional” inactivated virus technology to give protection against Covid 19.

“Valneva has commenced rolling submission for conditional approval with the UK’s Medicines and Healthcare Products Regulatory Agency,” the company wrote in a statement on Monday (September 13).

Valneva’s shares fell by around 40% after news of the cancellation of the €1.4billion deal.

The company, which has its headquarters in Saint-Herblain, near Nantes, is investing in a new factory in Livingstone in Scotland, which was destined to produce most of the vaccines for the British order.

Grants and other help worth €15million were given by the UK for the factory project.

Mr Javid said the British and Scottish governments were working together to assure the future of the factory.

Valneva has not said whether the cancellation will lead to work on the new factory being abandoned.

French government sources have said that the country is still interested in signing up for the Valneva vaccine and talks have now entered into legal parts of the contract, Reuters reported.

The same sources said that the EU was also still interested in the vaccine.

Earlier this year Valneva said procedures to get EU wide approval for its vaccine were too bureaucratic and slow, and it was instead seeking approval on a country by country basis in the EU, before reversing its position and saying it was still in discussions with Brussels.

The French/Swiss pharmaceutical giant Sanofi is also working on a Covid vaccine based on inactivated virus technology and is on track to have it ready by the end of the year.

Four Covid vaccines have been approved for marketing use by the EU authority the European Medicines Agency (EMA) and are being administered in France.

There are a further five vaccines that are under rolling review by the EMA.

The EU currently has an order for doses of Novavax, CureVac and Vidprevtyn.