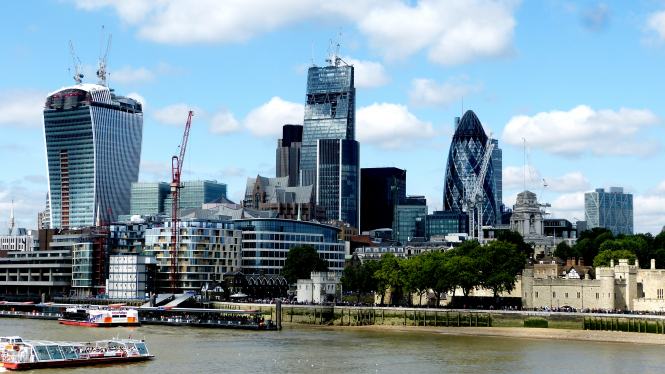 For the first time ever, French clients have bought more prime London real estate over the first nine months of the year than buyers from any other country.

This year, they accounted for 11% of all transactions involving overseas buyers, states London estate agency and property consultancy Knight Frank, in a report published October 19.

“Despite the background noise of Brexit, there is smart money in Europe targeting London,” said Tom Bill, head of UK residential research at Knight Frank.

“The combination of a weak pound, a looming stamp duty hike and less competition from buyers who need to catch a long-haul flight has created a buying opportunity,” he said.

Buyers from Hong Kong and the US represented 9.2% of all buyers, while those from China accounted for 8.3%.

Recently, Chinese clients have been the main foreign buyers of prime London properties. In the same period last year, January to September, they accounted for 15% of all buyers, while the French represented just 2%.

Knight Frank suggests the pandemic caused by Covid-19 is having an effect on the dynamics of property buyers in London.

“While the lifting of international travel restrictions is the primary concern for many, others are capitalising on the travel hiatus and looking beyond the political uncertainty of the next few months,” the company wrote in a press release about the findings.

The company said that some buyers are also benefiting from the uncertainty caused by Brexit.

“As Brexit negotiations continue, so has the downwards pressure on the pound,” the company noted.

“Between the period before the EU referendum and the middle of last week (October 14, 2020), Euro-denominated buyers benefited from an effective discount (currency plus house price movement) of 30% in prime central London. That is a big number, irrespective of the latest rhetoric surrounding Brexit.

“For buyers denominated in US dollars or dollar-pegged currencies, the equivalent discount is 27%.”

I'm English, must I leave French flat to my son?