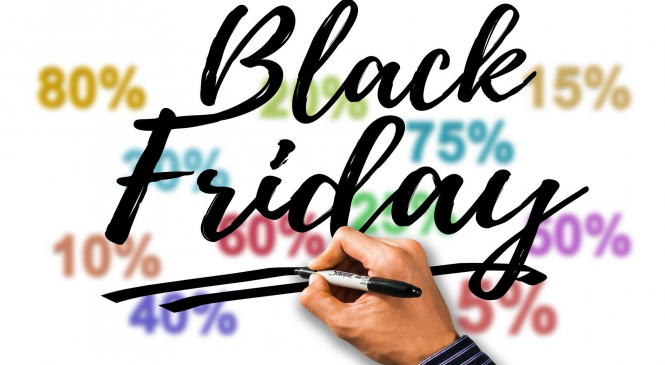 Black Friday in the US is the day after Thanksgiving, which is always on a Thursday, and traditionally kicks off the Christmas shopping period; however it has also been promoted more and more in France since it arrived in 2013.

On Monday this week Connexion noted a poster in a train station announcing ‘Black Friday week’… As if that was not enough, the buying continues on ‘le Cyber Monday’ in the following week, when there are lots of promotions online.

Language defence activists from Savoie have protested on grounds of the event's English name, proposing that it should be boycotted and referred to as le Vendredi fou (Mad Friday).

The local branch of Défense de la Langue Française says in a statement : « I refuse to see the French language and its values sold off to the Anglo-American empire. I support the advice given by the Langue Française collective to  all French-speaking businesses to use the expression Vendredi fou, as is recommended by the Grand dictionnaire terminologique du Québec.”

Others, less worried about anglicisms, are opposing Black Friday by joining a loosely organised group using the hashtag #MakeFridayGreenAgain.

Launched by an eco-friendly shoe brand Faguo, the movement is said to have gathered some 700 supporters from businesses which will not participate in Black Friday and it urges people rather to consider “recycling, reparing, reselling” on the day instead.

They include some big names such as Naturalia and Nature et Découvertes (despite the fact the latter was recently bought by Fnac Darty group which takes part in Black Friday enthusiastically).

The similar Collectif Green Friday was launched by recycling and repair network Envie in 2017, the year when Black Friday was first heavily promoted in France. It is supported by around 200 firms and associations this year as well as the Mairie de Paris.

Some of its members organise talks or workshops about living more ecologically or offer to give a percentage of their profits from the day to green charities such as Zero Waste France. The latter has created the Défi rien de neuf which encourages people to try to live without buying new.

Envie chairman Jean-Paul Raillard told RFI: “It’s a good time to say ‘stop’ to this kind of consumption, to raise awareness of the need for responsible consumption that cannot be done compulsively at certain moments of the year.”