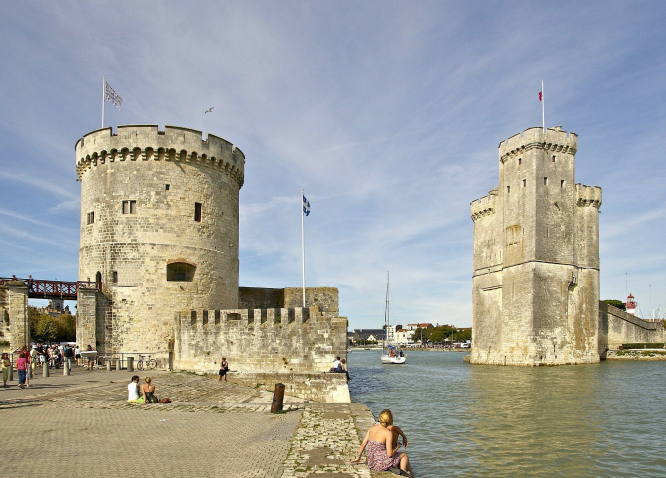 Just two days after it was made mandatory in the whole of France for people to wear masks in all enclosed public spaces, historic port city La Rochelle has gone one step further by also demanding people wear masks in certain outdoor areas.

The new ruling is the result of a municipal by-law signed by the commune mayor and will come into effect from today (July 22), and last until August 31.

The areas concerned include the city centre, the old town around the port and any food market, whether indoor or outdoor.

For the time being, there are no penalties for people not complying with this new ruling. However, the city has indicated that from the beginning of August, some could be applied.

The mayor has stated that the city is focussing on awareness-raising in the first instance.

The requirement will not be enforced for children under 11 or disabled people.

A press release, published by the city's mairie, outlined the reasons for the new regulations.

“Taking into account the evolution of the sanitary situation and the laxity observed at the national level in the application of preventive measures (physical distancing, washing of hands, wearing of masks...), the City of La Rochelle has decided to act by making masks obligatory in the busiest streets of the city centre starting with the Old Port,” the release stated.

Is wearing a mask outdoors effective against Covid-19?

In the scientific community, the question of how useful it is to wear a mask outside is a matter of debate. The airborne transmission of Covid-19 has not been conclusively established at this time.

When lockdown was lifted in France, former prime minister Edouard Philippe stated that wearing a mask outside was not useful.

This has been backed by other doctors in France, such as Jean-Paul Hamon, president of the Fédération des Médecins de France, who said that social distancing is more important than wearing a mask when outdoors.

However, others have said it is better to make masks the primary preventative measure.

Speaking on TV network CNews in May, Yves Buisson, the president of the Covid-19 group at the Académie nationale de médecine, said that the government had prioritised social distancing measures first, and wearing masks second. He said it should be the contrary, and that wearing masks should be the number one preventative measure from when people leave their homes.

When and where you must wear a mask in France: Checklist

Washable or single-use? The cost of facemasks in France