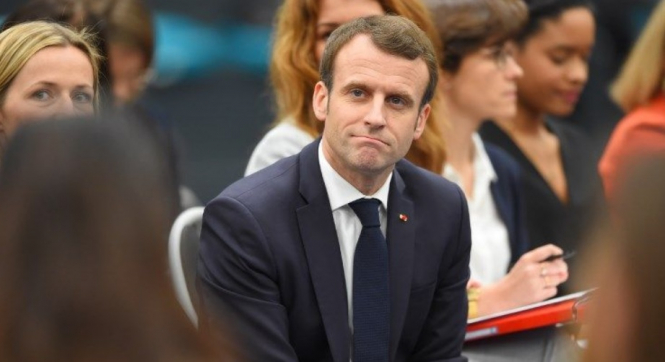 The student asked President Macron: “Do you think that we can buy a new planet with money?"
By Connexion journalist

Mr Macron was present at the audience of 400 people in Gréoux-les-Bains (Alpes-de-Haute-Provence, Provence-Alpes-Côte d'Azur), on Thursday March 7.

The theme of the event was the environment and the “ecological transition” - a topic that has not been the subject of a major discussion during the Grand Débat thus far.

Student Charlie, who attends the collège at Saint-André-les-Alpes, said: “What do you understand by [the term] ‘ecology’, when today factories can pour their waste into the sea, pesticides are polluting our ground and therefore our food, and 20,000 tonnes of electrical waste from Europe is sent to Nigeria?”

He asked: “Do you think that we can buy a new planet with money? When are you going to act, because you have the power?”

His question was applauded by the crowd, which included several hundred young people, local mayors, farmers, and association leaders from the local Verdon region.

Mr Macron - whose banker background often sees him accused of being “the president of the rich” -  said that the ecological transition was aiming to make the move “from one model to another”.

The President said: “Our challenge is to [make the move] as quickly as possible. I believe that we can do it quicker, better, further, by giving more power to local authorities and changing our methods.

“The ‘all money’ model is over. But we must be productive. There will always be money, but we should neither hate it nor love it; we must see it as a way of getting things done.”