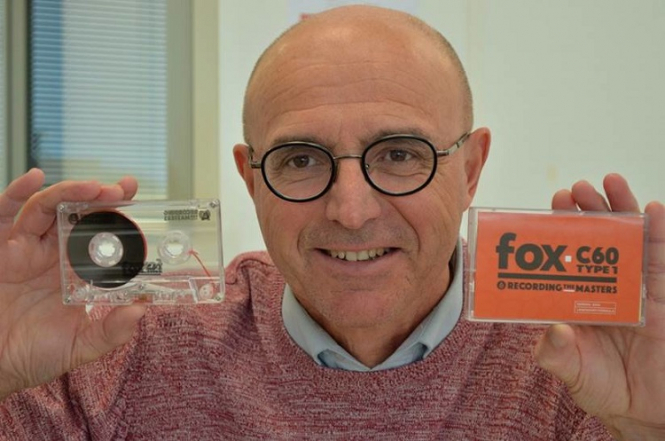 The Mulann Group, the only firm in Europe still making cassette tapes, will soon launch a new cassette player, its CEO Jean-Luc Renou has announced in an interview with newspaper Le Parisien.

The players will be produced at the company’s Lannion (Côtes-d'Armor, Brittany) site, and have been designed in collaboration with Thomson engineers.

The final product will have Bluetooth connectivity, allowing it to connect to speakers or wireless headphones, and it will be rechargeable.

While existing, old portable cassette players are still for sale online, Mr Renou said that they leave a lot to be desired. He said: “They leave us thinking that the sound of cassette players is not good, which is not the case. I said to myself that there had to be room [in the market] for a good-quality player.”

The company -  which positions itself as a specialist in magnetic tape strips - came to public attention in 2018, when it began making new cassettes under its Normandy-based brand Recording The Masters. On its packaging, the tapes read: “Long live analog [sic], with professional audio tapes”.

The tapes are “based on the original AGFA and BASF specifications, which have a proven track record in performance for over 30 years in the professional audio recording industry” the company says.

Mr Renou said: “The music industry is getting interested in cassettes again.”

The Mulann Group’s plans to reinvent the cassette player for the modern age come 40 years after Japanese company Sony first dominated the market with the Walkman. But Mulann is not the only company to have created a modern cassette player; the Hong-Kong-based NINM Lab sells one for the equivalent of €80.

Today in France (and up to 80% in the United States), most music is listened to via online streaming services. Yet, many music lovers are still choosing analog technology, with sales of vinyl records on the rise - both of older music, and of modern artists.