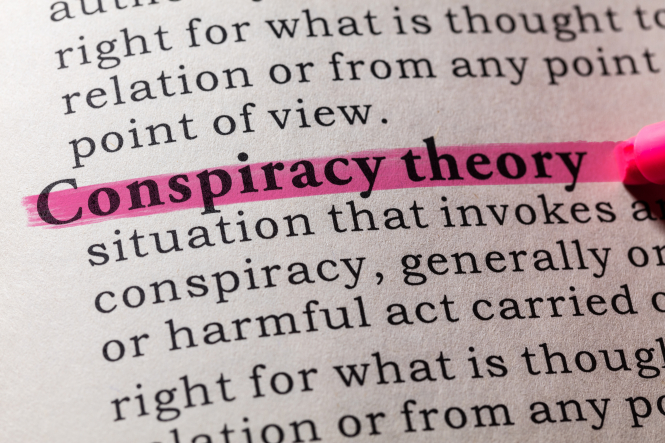 The suspect is highly involved and well-known within the conspiracy theory world, including for his anti-5G, anti-vaxx, anti-mask and anti-establishment videos online Pic: Feng Yu / Shutterstock

A French conspiracy theorist, deported to France from Malaysia in June in connection with the kidnapping of an eight-year-old girl, is now facing accusations of attempting to organise a coup d’état against the Élysée.

Rémy Daillet-Wiedemann has been in custody and questioned in connection with the alleged ‘association with terrorists’ since October 22.

The alleged secret project was named ‘Opération Azur’, it was reported by Le Parisien.

Mr Daillet-Wiedemann, 55, is accused of organising the operation from Malaysia, where he and his wife and three children had been living before being deported by immigration services for overstaying their visas.

Network of civilian and military ‘cells’

For several years, and especially since the start of the Covid-19 pandemic, Mr Daillet-Wiedemann has gathered a following online.

He is well-known for his conspiracist, anti-vaccination, anti-abortion, anti-establishment videos, and has reportedly built a considerable network of supporters.

This network of ‘terrorist-like cells’ was allegedly split into two groups: one civilian, and one military, it is reported. The military side of the group, in particular, allegedly had a proper recruitment plan and real weapons, and was being led by two members of the French army.

The group reportedly has 26 ‘regional captains’, spread across the country, including military personnel, police and members of the gendarmerie.

Mr Daillet-Wiedemann’s activities have long been on the secret service’s radar, particularly at the height of the Covid crisis and lockdowns.

He has also been charged with helping to organise attacks against vaccination centres, destroying 5G antennas, and spreading debunked claims that the ‘Covid virus’ was ‘a result of the rollout of 5G’.

Mr Daillet-Wiedemann is also reported to have emailed several MPs a letter in April, including the words: “The public overthrow is inevitable. It is a matter of days or weeks.”

His plans to overthrow the Élysée are thought to have started at the end of 2020.

During his questioning, the conspiracist is reported to have said: "This would be the final operation, which consists of mobilising the maximum number of people and demonstrators.

“The protest would be on a large scale, everyone would be overwhelmed, and it would precede the overthrow of government and state structures."

He said: “To describe a ‘shadow army’, whose head was Rémy Daillet, is a caricature of the case. If there was a plan for a violent coup, my client was not involved. He advocated a peaceful overthrow.”

Mr Basson-Larbi added that "Rémy Daillet is a victim of the justice system, and a trial by media, with a presumption of guilt”.

Mr Daillet-Wiedemann is also suspected of having assisted in the carefully organised kidnapping of an eight-year-old girl, Mia, in April, which was carried out by several ‘survivalists’.

He was turned over to French authorities by immigration officers in Kuala Lumpur in June in connection with the case.

Mia had been living with her grandmother in Vosges, eastern France, but was later found in Switzerland with her mother, who had lost custody of the girl.

Custody of Mia had been given to her maternal grandmother after her mother reportedly told a family judge she wanted to "live on the margins of society". Prosecutors said she had previously expressed the desire to sell up and live in a motor home "under the radar".

Mr Daillet-Wiedemann told French TV at the time that it was not "a kidnapping, but rather the return of a child to her mother at her request".