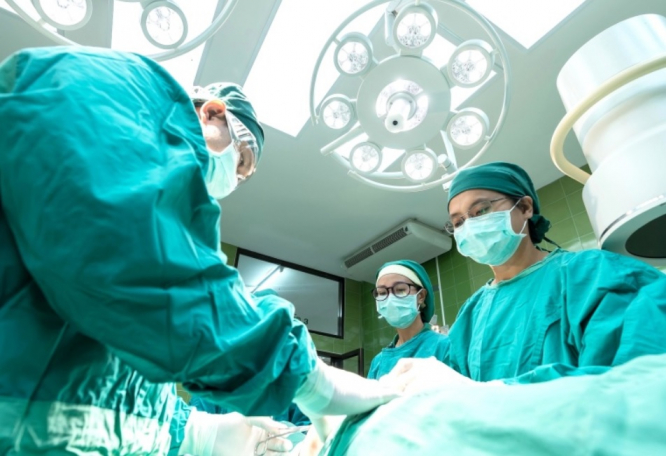 An anaesthetist and urologist from the polyclinic of Lisieux (Calvados, Normandy) stand accused of fighting with each other during an operation on July 25, 2017.

A medical court in Caen heard that the anesthetist entered the operating theatre at around 18h, ready to supervise the wake-up of a patient that had been under anaesthetic during their operation.

Yet, the urologist surgeon said the operation had not yet finished, and that he was planning a final procedure.

According to the anaesthetist’s lawyer, this is when problems began, since - he said - “this clinic does not treat emergencies, and we are not allowed to schedule any operations or procedures after 16h”.

Tensions rose between the two doctors, with the surgeon accused of throwing a bottle of antiseptic solution into the anaesthetist’s face.

The latter is then accused of grabbing a pair of scissors, before being restrained by a nurse.

Later, the two men came across each other in the surgery cloakroom, whereupon the surgeon is alleged to have hit the anaesthetist with his laptop computer bag, shattering his eye socket.

The anaesthetist was later signed off work for a month due to his injuries.

Olivier Leca, lawyer for the anaesthetist, who lodged the initial complaint against the surgeon, said: “My client could have lost an eye! This story would never have reached the disciplinary court if the surgeon had simply apologised from the beginning.”

They blame the incident on organisation problems at the clinic itself, including an alleged lack of staffing.

They now risk sanctions - ranging from an official warning, to being struck off the medical register altogether.