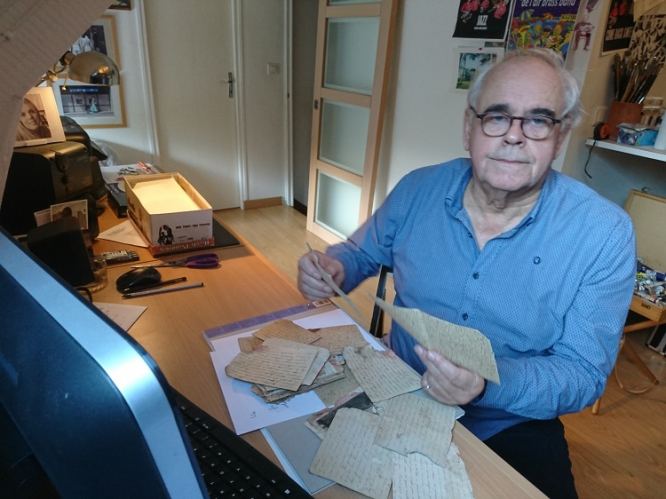 Estate agent Maxime le Roux, 24, was working on his flat in Redon, Ille-et-Vilaine, when he found a packet of 60 letters tucked in a wall space.

They were written from the Western Front by Jean Chapron to wife Aurélie, known as Lili, and their baby daughter in Saint-Nazaire, Loire-Atlantique.

In one, written when he left in 1914, he says goodbye to his daughter, writing: “Farewell my dear little Yvette, you are too young to understand how much pain I feel. I don’t want to leave this home behind without at least leaving in parting these few lines which will prove to you later that your father had for you a last thought. Farewell.”

A later letter reads: “We just have to hope a lot of us will come home, and among them your little Jeannot. We will be so happy, the three of us.”

A press article led Yvette’s son Yves Goujon, 73, to contact Mr Le Roux and he now has the letters.

But he told Connexion there was a tragic twist as his grandfather did not survive the war.

He said: “He was killed in 1918 in July, just months before the war ended. My mother was born in 1913 and saw him when he was on leave, maybe three of four times. He wrote poems and painted and she kept some of those things, that I have now.

“It’s very moving to have the letters as I thought they had all been lost.”