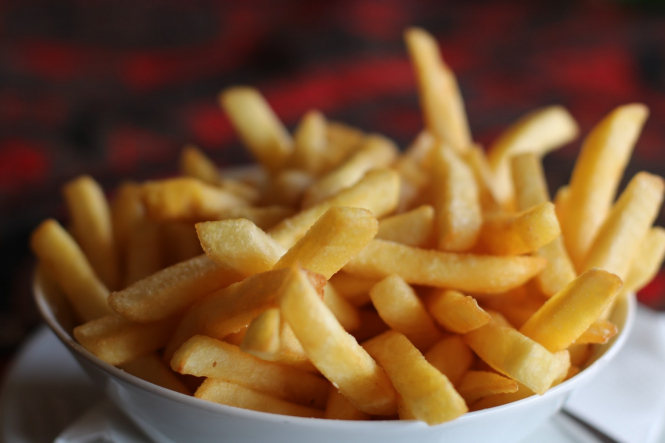 The ranking has a new winner for this year, with last year's champion knocked off the top spot
By Hannah Thompson

The top 10 best chip shops in France have been revealed, with all of them - perhaps unsurprisingly - located either in the Nord-Pas-de-Calais, or on the border with Belgium.

The ranking by specialist website Les Friteries judged the 1,312 chip shops around the country in 2020, and has now listed its top 10 - with a new winner for the year.

The first five are all in the Nord-Pas-de-Calais.

In first place is la Ch’tite Frite in Raillencourt-Sainte-Olle, close to Cambrai. Opened in 2019 by Philippe Mériaux, it fries its chips well in beef fat - twice, at different temperatures - and changes its menu every month to keep regular clients coming back.

Mr Mériaux told local news channel France 3: “The chips are not too dry or greasy. The beef fat allows them to be digested easily. It has a light, pleasant flavour.”

Sixth place went to the only shop not located in the Nord-Pas-de-Calais, but to Friterie chez Mel in the Champagne-Ardennes region - which borders Belgium, another country famous for its frites.

The rest of the shops were in Nord-Pas-de-Calais - with Burger Magic in Aniche in seventh place; Chic Frite in Dunkirk in eighth; Friterie Mollien in Calais in ninth; and Snack Jo - Friterie Orchésienne in Orchies, completing the top 10.

The full ranking - including 15 shops - can be seen here.

For those a little further south, the best chip shop south of the Loire is in Dordogne - a chips and beer restaurant called, appropriately, Frit’n’Bier in Marsac-sur-l'Isle, Nouvelle-Aquitaine.

It came in at number 15. It was opened four years ago by owner Pierre Dehon, who comes from...the south west of Belgium.

The restaurant also uses beef fat to fry its chips, but keeps its recipe guarded.

Mr Dehon told local news site France Bleu: “Within beef fat there are several categories. I have respected the secrets that my friend confided in me from the start.”

He is hoping to enter the ranking’s top five one day.

The specialist website has compiled the list for many years, and says that it takes into account “several factors” such as the shops’ popularity, the age of the establishment, votes from customers, and opinions from regulars.

Despite the Covid-19 pandemic most chip shops were able to stay open in 2020 if only for physically-distanced orders or takeaway - as they serve food and are thus considered essential.

For example, “avoir la frite” means to be feeling good. The expression is said to date from the 1970s, when the phrase “avoir la patate” meant a similar thing in slang.

As chips are made from potatoes, someone who “a la frite” is also someone who is doing well and feels good.

Another phrase from the past is “avoir de la friture sur la ligne” (literally translated as “frying on the line”), which is used to mean that a landline telephone line is breaking up, or that there is some interference stopping the words from being heard properly.

But watch out - the words “frites” and “chips” in French are false friends - while UK English uses the word “chips” to refer to “frites”, in French, the word “chips” does not mean hot tasty golden fried sliced potatoes, but instead refers to “crisps”.

In US English, there is less of an issue: “Chips” means “chips” in French (crisps in the UK); and “fries” means “frites”. Phew.