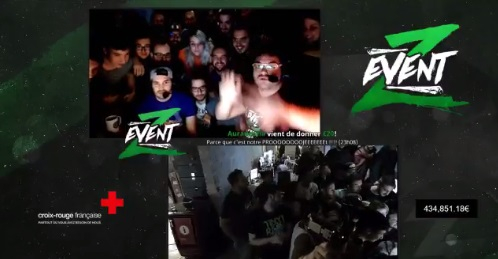 Gamers raised almost half-a-million euros in a matter of hours to help victims of Hurricane Irma on French territories in the Caribbean.

The money will be donated to Croix Rouge Française, to help provide primary care on islands including Guadaloupe, Saint Martin, and Saint Barts, which were devastated when Irma passed.

The young online gaming community quickly organised Operation Z Event, a 50-hour charity gaming marathon, which had raised a total of €451,851.18 when it ended at 10pm on Sunday. It proved so popular that it had broken the €100,000 barrier in just four hours.

President Emmanuel Macron is due to head to the islands on Tuesday to witness the devastation and help distribute aid amid criticism that the government's response was not good enough.