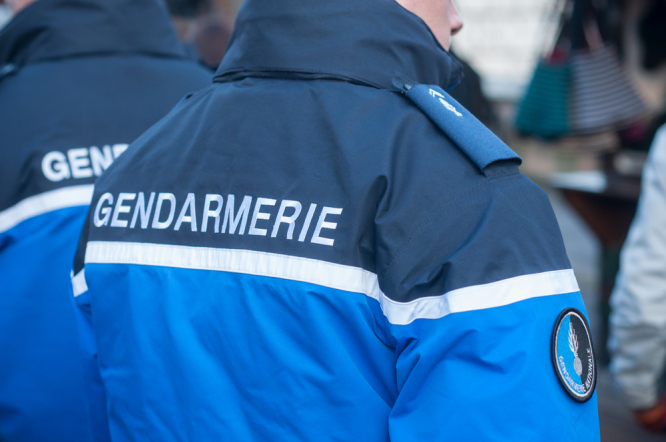 The officer has been moved to a role that does not include contact with the public, after he refused to get the Covid vaccination Pic: NeydtStock / Shutterstock

A French gendarmerie officer with 32 years of experience has been required to leave his job because he has refused to have the Covid vaccine.

The man, who headed up a team of 150 gendarmes in Langon, Gironde (Nouvelle-Aquitaine), has been moved to a job “without contact with the public”, the gendarmerie stated on Friday (December 3).

The officer was first given a 10-day sanction before his job was moved to the gendarmerie de Paris. A new head of the squadron will be appointed, to begin work in January.

The removal of an officer from their post is a “rare event” because the gendarmerie is not usually “confronted with this problem”, it said.

From September 15, all gendarmes whose roles bring them in contact with the public have been required to be fully vaccinated against Covid, confirmed leading body la Direction générale de la gendarmerie nationale (DGGN).

The latest figures from CovidTracker so that so far in France, 77.2% of people have received at least one dose of vaccine, and 75.6% have received all of the necessary doses for full coverage. So far, 13% have had a booster dose, with 8,740,409 people having received three doses.

Mandatory jabs for the general public?

However, some countries in Europe – such as Germany and Austria – are moving towards making the jab mandatory for the public, and president of the European Commission, Ursula von der Leyen, said on Wednesday (December 1) that it was time to “think about mandatory vaccination” as Omicron spreads.

So far Health Minister Olivier Véran has downplayed the possibility of requiring mandatory vaccination for the general public.

Read more: Will Covid jabs become mandatory in France? What we know so far

He has said: “Obligation means control and punishment, so enforcement is not simple,” he said on Wednesday.

“We know how to make vaccinations compulsory for the very young, and for infants... In adults, it is more complicated,” he said. Yet, he did not rule it out completely.

He said that so far, France had instead chosen to use the health pass (pass sanitaire), which had been a “powerful incentive” for people to get vaccinated, and said he “fervently hoped that those who have not yet taken this step to be vaccinated will do so, and without obligation if possible.”

How to book your Covid-19 vaccination appointment in France
Covid France: 47,000 new cases, what is expected in next few weeks?
New Omicron variant: France requires contact cases to isolate