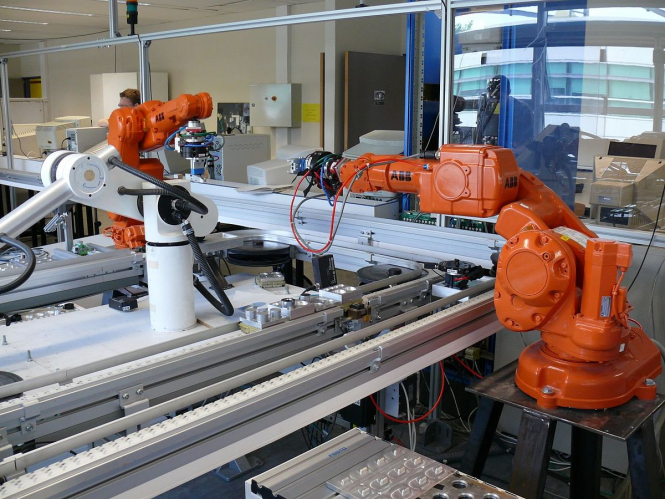 Sepro Robotique, a global based in La Roche-sur-Yon (Vendée, Pays de la Loire) run by founder Jean-Michel Renaudeau, has become a significant supplier of automated robots worldwide, including to the USA, explains news source FranceInfo in its Envoyé Special report.

The robots are primarily used for complex elements of heavy construction work such as car-making, with one of Renaudeau’s biggest customers based in Detroit - a city famous for its automobile industry.

Robots are particularly good at managing intricate plastic parts, such as those found in car engines, Renaudeau explains.

The factory has no human workers on the factory floor, with all the work done by the French-made robots, who can work for 12 hours without a break, and do not even need light or heat to function.

Human workers only come in at the last stages, to check stock, verify that the construction has been done correctly, and to ship the parts to their next production line.

Other industries are also seeing robots take over from human jobs, including, for example, in the postal service. In China, some parcel delivery companies are already making use of hundreds of small robots, as they can easily and quickly sort letters and move parcels from one part of the delivery office to another, without human error or needing to take a break.

Renaudeau appears candid in face of criticism that robots such as these are replacing human workers.

“Of course they are,” he says, speaking to FranceInfo. “We know that on the one hand, we are pursuing something [automation] inevitable, and seeing technological progress. On the other hand, we need to ask ourselves, what is going to happen to people who are not adapted [to the new workforce]?”

And yet, those in favour of robot automation continually affirm that the age of robot workers will actually create more jobs - in this new sector - than those it is accused of replacing.