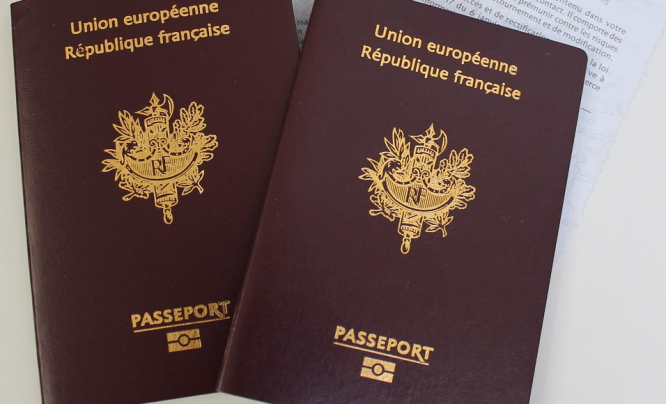 France was praised for citizens' ease of travel; a French passport allows visa-free travel to 165 countries
By Connexion journalist

The index defines nationality as “legal statuses of attachment to states”.

It takes into account nationality qualities such as home-country economics, peace, stability, citizens’ opportunities for development, ease of visa-free travel, and opportunities to work and live abroad.

These “make one nationality better than another in terms of a legal status through which to develop your talents and business”, the index - full name full name Kälin and Kochenov’s Quality of Nationality Index (QNI) - says.

The QNI ranks the world's nationalities by a strict set of criteria (Map: Quality of Nationality Index (QNI) / nationalityindex.com)

France won out due to its place as the world’s sixth largest economy, but also for its place in the European Union, the list said, with all EU members listed at the top of the table due to their freedom of movement.

France was especially praised for its qualities in helping citizens to travel, live and work abroad. A French passport allows the holder to travel in almost 165 countries without a visa.

Risks of a 'hard Brexit'

But the UK could see its ranking fall to 56th globally in the next list "if it pursues a 'hard Brexit'", the researchers have suggested, putting it on a par with China (currently 56th) and Russia (currently 62nd).

The index is named after its creators, Dr. Christian H. Kälin and Professor Dr. Dimitry Kochenov.

Dr. Kälin is a law professor and chairman of law firm Henley & Partners, and is considered an expert in investment migration.

Prof. Kochenov is a Chair of EU Constitutional Law at the University of Groningen in the Netherlands, and writes widely on comparative and European citizenship law and migration regulation.

In a statement, Prof. Kochenov said: "The UK may be about to establish a world record in terms of profoundly undermining the quality of its nationality without going through any violent conflict.

"Depending on the still-to-be determined outcome of Brexit, the UK could see itself falling from the elite group of 'very high quality' nationalities into the 'high quality' bracket.

"A truly 'hard' Brexit would result in the UK having a nationality that does not grant Britons settlement or work rights in any of the EU jurisdictions or Switzerland, Norway, and Iceland: a collection of the most highly developed places on earth, greatly diminishing the quality of its own nationality in an irrevocable manner: either you have such rights, or not – and in such a scenario UK citizens won't have them."

Prof. Kochenov added: "The QNI is a clear illustration of the simple fact that speaking of the different nationalities of the world as equal, or even comparable, is misleading.

"We see that some nationalities offer bundles of rights, while others, quite clearly, are painful liabilities, dragging down the holders."