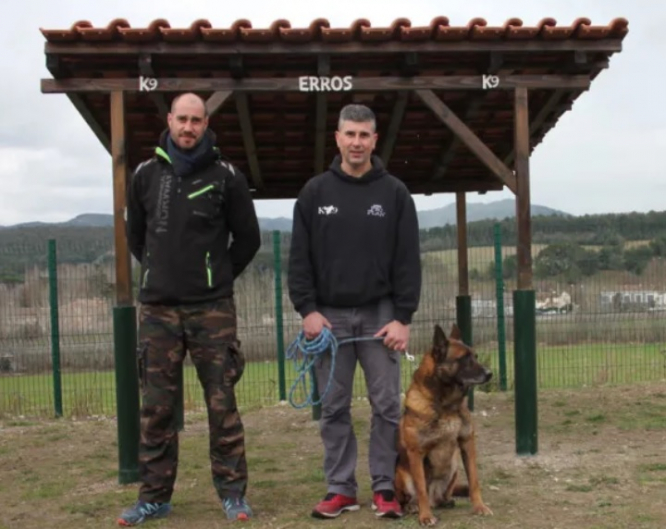 The campaign, launched by Stéphane de Mendonsa and Cédric Goulart on the site Leetchi, is aiming to raise €40,000. Should it be successful, the money will go towards creating five kennel shelters, including one with medical equipment, specially designed for retired police dogs.

The “A roof for Erros” fund has been named after Erros, a police dog who retired in 2004, after six years working as a sniffer dog on illegal drugs and banknotes.

In most cases, when they retire, police dogs are homed with their original masters or placed in foster or adoption homes.

But in Erros’ case, his master was relocated and could not take Erros with him, and the dog’s “hyperactive and unpredictable” character made it impractical for him to be rehomed with a family.

It was then that Mr de Mendonsa and Mr Goulart had the idea to create a proper kennel, with electricity for heating and light; plumbing for water; and access for a dog carer to come and go.

The police said: “We hope that this initiative will inspire other [police] brigades in other towns across France.”