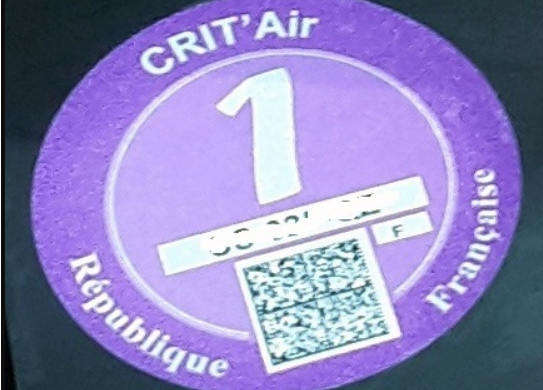 The “Crit’Air” restrictions were first introduced in Paris, and are now spreading across France when deemed necessary. They state that only vehicles with a Crit’Air sticker showing a rating of 0-3 are permitted to drive in the restricted zone, when fine particle pollution levels (PM10) breach the permitted threshold.

Any other vehicles - those with a Crit’Air rating of 4 or 5, or unclassified - are banned.

Cars must display their Crit’Air sticker (or proof of purchase for a sticker that has not yet arrived) clearly behind their windscreen to be accepted. Anyone found breaking the rules can be fined €45-90 per vehicle, and risks having their vehicle taken away.

The Crit’Air system classifies vehicles by emission levels, and can be bought online for €3.62.

The restrictions were imposed on Lyon and Villeurbanne at 5h on Thursday (February 28), after the areas were placed on “red alert” for pollution by air quality monitoring service Atmo Auvergne-Rhône-Alpes.

The rules are expected to remain in place all day today (Friday March 1).

A statement read: “Even though we are expecting a real improvement in pollution levels on Friday, the authorities have decided to prolong these emergency measures for the duration.”

The measures come in the same week as Lille (Nord, Hauts-de-France) imposed the rules for the first time ever. Paris also used the rules this week.

Yet, questions have been asked about the effectiveness of the scheme, and how easy it is for local authorities to enforce.

An investigation by French news source 20 Minutes claimed that “several cars were seen driving around Lyon without a [Crit’Air] sticker” and that “we even saw one diesel Mercedes, with a [banned] Crit’Air 5 sticker, with only one person in the car, using a mobile phone while driving.”

But Lyon authorities said that “93% of people checked were within the rules”, and that 846 vehicles that did not confirm were successfully apprehended.

The effectiveness of the measure alone on pollution levels is not always easy to judge, Atmo said.

While Lyon authorities said that “[there was] a capping of morning pollution” and “a lower contribution by traffic to pollution levels”, Atmo said that changes in pollution could not always be attributed to less traffic alone.

It said: “Rather, we should talk about a combined effect, linked with other factors. There was less traffic on Wednesday, and we had a little change in the wind direction, which we should take into account.

“Different factors come into it to explain [the pollution drop], hence this graduated [Crit’Air] traffic system.”