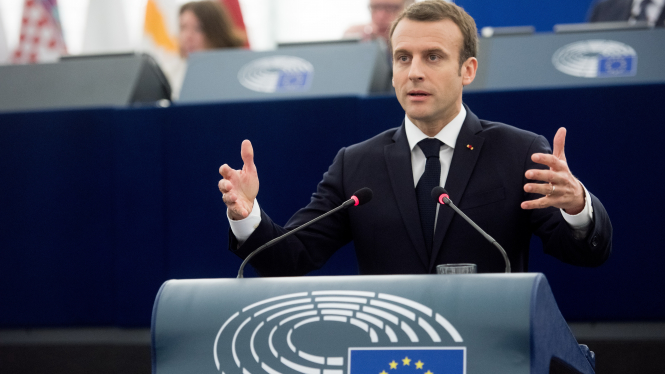 President Emmanuel Macron has said the government must present a “clear answer” to the anger of people on low incomes ahead of a decisive day for his presidency, as he finally responds to the concerns of gilets jaunes protesters in a key speech.

Mr Macron has so far maintained a relatively low profile during the 10 days of protests against rising fuel prices - leaving much of the public speaking to Interior Minister Christophe Castaner and Economy Minister Bruno Le Maire.

But, he is due to use a speech on Tuesday to outline plans to "set [France on] a new course for energy transition". The speech had already been expected to set out France's immediate energy future up to 2028, and its predicted course as far ahead as 2035, but he has also promised to give "a clear answer to our middle classes and working classes".

The speech "will set the course for the energy transition and define the method of building a pact for ecological conversion in France", the Elysée said on Monday evening.

Anyone hoping for a change of direction is likely to be disappointed, however. The government has vowed stand firm on plans to increase taxes on diesel and petrol, which were the original cue for the gilets jaunes protests, which have since widened to take in a range of grievances.

Mr Macron's speech will come a day after the Transport Minister Elisabeth Borne announced a bill which would both increase public transport, make it cleaner, and “reduce dependency on the car” - notably in rural areas, where services are notoriously poor.

The plans include allowing local authorities to extend their ability to tax businesses in order to finance underfunded parts of the area's transport network; reducing the cost of getting a driving licence - which can cost anywhere between €600 and €2,000; offering cash incentives to employees who use more sustainable means of transport to get to work, such as carpooling or cycling; creating priority lanes for less polluting vehicles; and improving information and public awareness of public transport matters.

The bill also describes the legal framework to create public shuttle services, similar to driverless electric shuttles that have been trialled in Paris and Lyon, to create basic rural bus services in certain rural areas.

Under the plans, nearly €5billion a year will be available to develop the rail network, particularly in rural areas.

As for the existing railway network, nearly €5 billion will be spent each year on developing the country's railways, especially in rural areas.