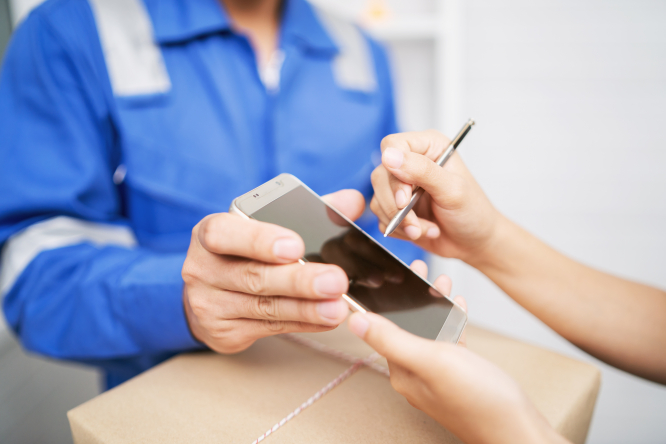 The senators say 42% of greenhouse gas emissions from road transport in France is caused by delivery vehicles Pic: Have a nice day Photo / Shutterstock

Over 4million parcels are delivered every day in France.

They wrote in a report published on May 20: “In France nearly 90% of internal merchandise transportation is done by road… to the detriment of train and water transport. 23% of greenhouse gas emissions linked to transport come from heavy goods vehicles, and 19% from commercial transport vans.”

The report suggests that consumers could pay an “eco-contribution” on deliveries, calculated by the distance parcels have to travel.

Ms Bonnefoy told Le Figaro: “[Consumers] need to be able to measure the real impact. To say that a delivery is free is a lie. There is always a social and environmental cost.

“Getting a pair of shoes in 24 hours doesn’t seem vital to me. Consumers should pay for that.”

The report suggests that people who were willing to wait longer for deliveries, meaning non-road transport options could be used, would pay lower prices.

Mr Pointereau also called for “more virtuous behaviour” from consumers, but added that the measure could help “town centre shops, and re-establish equality between people in rural areas who are less well provided for”.

The report also suggests creating a logo to be used by companies that are committed to using sustainable logistics chains, and creating new rules for drivers of commercial transport vans.

Mr Pointereau said such vans now represent 14% of all traffic in France, and travel four times the number of kilometres of heavy goods vehicles.

Suggestions include training for drivers on the environmental impact of their driving, and more technical checks for vehicles.

The report is expected to be debated in the Senate in June during talks on new laws for the climate.