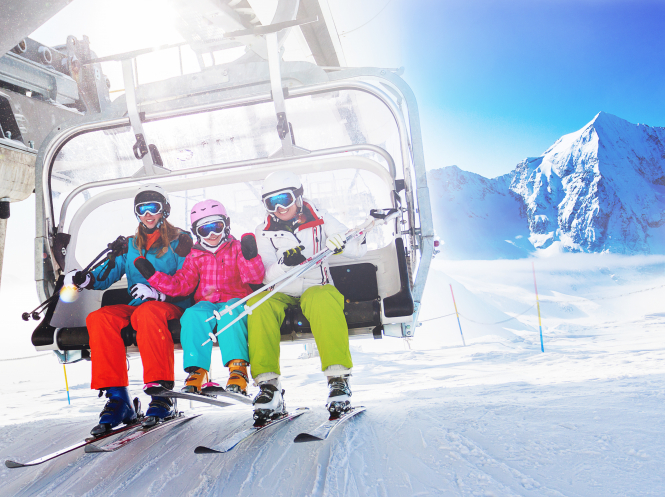 A new report has found that the 2019-20 ski season was the worst for the global ski tourism industry in over 20 years due to the Covid-19 pandemic Pic: Gorillaimages / Shutterstock

La Clusaz ski station in Haute Savoie will open its doors to the public for the first time this season due to an unusually heavy snowfall.

France’s ski season was badly affected over winter with ski lifts forced to remain closed as part of Covid-related restrictions. The lifts were allowed to open again on May 19, which is usually well past the end of a normal ski season.

But unusual amounts of snowfall this month mean that skiing is still possible at altitudes over 1,500 metres.

“For weeks we have been dreaming of finally sitting on a ski lift,” La Clusaz ski station wrote on its website.

“We didn't want to believe it any more and yet, it seems that it will soon happen.

In total, five slopes will be accessible free of charge with skiers obliged to follow protocols, such as social distancing and washing hands.

One thousand skiers will be allowed per day, to adhere to the latest Covid-related rules.

The 2021 International Report on Snow & Mountain Tourism, published in mid-April, described the 2019-20 season as the worst of the millennium for the global ski tourism industry, due to the Covid-19 pandemic. It predicts the 2020-21 season will be even worse.

Warning for hikers after deaths on the Alps

The French national meteorological service Météo-France has called for hikers and skiers planning trips in the Alps to be cautious due to a high risk of avalanches.

Four people have died this week after being caught in avalanches while in the Mont Blanc ranges.

The Mont Blanc mountain rescue services stated on Thursday (May 20):

“The very high level of snow accumulation and strong winds at altitude have contributed to destabilising the snow.

“Each time, the cause is the same. The movement of skiers or mountaineers triggers an avalanche of snow slabs.

“For the coming days, we recommend the greatest caution.”

Fears for UK ski and other seasonal workers in France