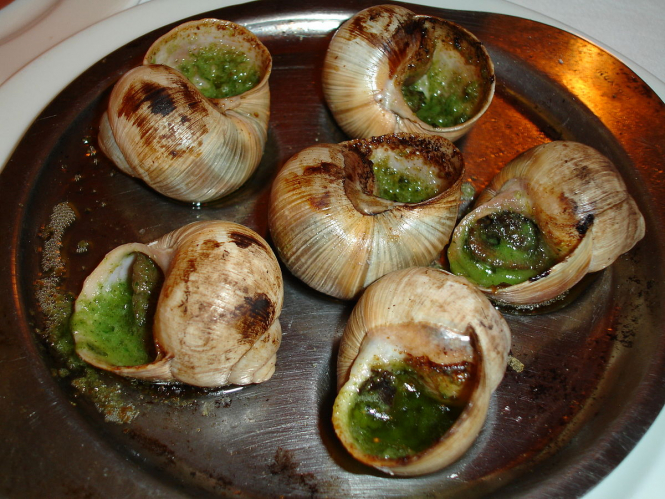 The small farmer associations Aspersa and ADEPALE (Association Des Entreprises de Produits Alimentaires Elaborés) are both representing French farmers in the ongoing ‘Escargots de Bourgogne’ issue, which has flared up again this year.

In 2013, the issue was discussed in the French parliament after French farmers petitioned to make it compulsory for snails marketed as ‘Escargots de Bourgogne’ to have their country of origin stated on the packaging. Despite the petition, this is still not required by law.

The popular snails - often cooked in garlic butter in the traditional French dish - originally came from the region of Burgundy, but are now almost exclusively imported back to France from central European countries, such as Hungary and even the Ukraine.

Nowadays, imported snails are brought into France, and then cooked separately from their shells, before being placed back into shells of the same size, and shipped to restaurants and shops across the country.

The practice is said to bring in €75 million a year to the French economy, with local farmers making up just 5% of the market.

And yet, farmers are now arguing anew for better labelling, and claim that ‘short food chains’ are popular with consumers, who are increasingly looking for locally-sourced products and becoming more interested in exactly where their food has come from.

"The French are well-known for being consumers of snails, so they might as well eat a snail from their own country," explained Carole Milan, a snail farmer and the president of Aspersa, to US website NPR on the issue.

In 2013, she was also quoted as saying: “Consumers must be informed about what's on their plate. If they want to eat a snail coming from Hungary, then so be it, but they should do so in full knowledge of the facts.The snail is part of our gastronomic heritage, and we must fight to keep it that way."

French snail populations reportedly decreased in the early 20th century, due to excessive harvesting and the reduction in their habitat due to agriculture and projects to build railways and roads.