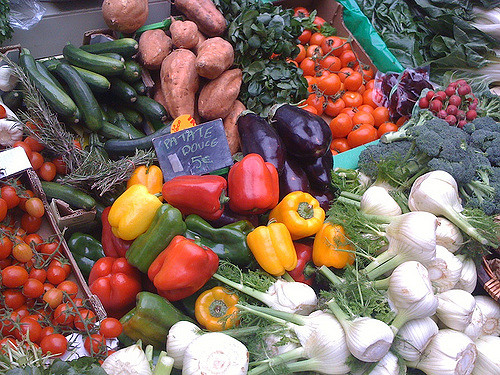 Participants were asked to indicate which, from a list of 16 organic products, they generally eat - whether “never”, “occasionally”, or “most of the time”.

The study found that a high consumption of organic produce was “inversely related to the risk of cancer”, with high consumers having a 25% lower risk of being diagnosed with cancer compared to consumers who ate organic only infrequently.

This translates to six more cancer diagnoses per 1,000 people who do not eat many organic products at all.

The effect was especially pronounced for breast cancer - especially for women of menopausal age (34% less risk) - and lymphomas (-76% risk), the study said.

The study said that it had controlled for other possible factors, including lifestyle, socio-economic factors, and family risk. These aspects “did not affect the results”, it said.

The researchers said: “A line from cause to effect cannot be established by just one single study [but] the hypothesis that seems most plausible to us, is that synthetic pesticides [found in non-organic food] play a role.”

They concluded: “The results of the study will need further confirmation, but this suggests that the consumption of organic food among the general population could be a promising strategy to fight against cancer.”

But Emmanuelle Kesse-Guyot, research director and co-author of the study, said that the results should be approached with caution.

She said: “Participants are volunteers, and very interested in nutrition and health. This means we have a tendency to overestimate their risk [of cancer], as they are likely less at risk already.”

The survey has been welcomed by the wider scientific community, but some researchers have said that the conclusion could be overreaching.

According to researchers at US university Harvard, the study shows “significant weaknesses, which mean we must be cautious when interpreting the results”.

Problems with the study include the method through which it measured the consumption of organic food by participants, and it may not properly account for the positive health behaviour usually found among consumers of organic food, US researchers said.

They added that the conclusions of the study should not obscure the idea that eating any sort of fruit and vegetables - whether organic or not - is still important.

Consumers should not read this and conclude that only organic food is of any health benefit, they said.

The US statement said: “The current recommendations should continue to emphasise how healthy habits and food can change the risk [of cancer], especially a higher consumption of fruits and vegetables, whether organic or not.”