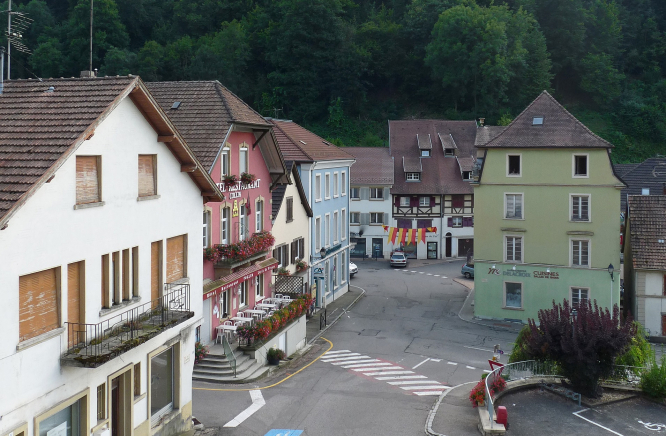 Immigration is set to be one of the hot topics of this year's European elections, but one French village has been working for several years to make it an non-issue.

Ferrette, not far from the Swiss border in the south of Alsace, has a population of just 740. And its mayor is proud of the fact that - in a region where far-right candidates pick up plenty of votes at election time - 80 of its residents are asylum seekers.

Since 2016, the town has welcomed Sudanese, Eritrean, Chechen, Afghan and Kosovar migrants, all of them going through the process of seeking refugee status in France.

They stay in a converted former gendarmerie barracks that has been transformed into a temporary centre. Mayor François Cohendet said he had encountered hostility from locals when he first agreed to the proposal to use the building to house migrants.

Now, however, there seems to be little tension. "I was told that Alsace was a place where there was racism, but I didn't suffer from it," one asylum seeker, Djoe Kabuka, from Congo, told Franceinfo.