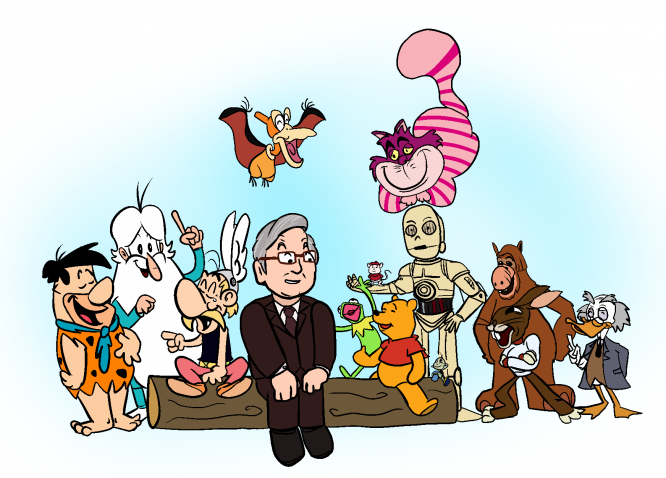 The actor voiced characters such as Star Wars’ C-3PO, Winnie the Pooh, Kermit the frog, Kaa from the Jungle Book, as well as French comic-book character Astérix and Disney icon Mickey Mouse.

He also played the French voice of Benny Hill, David Suchet’s interpretation of Hercule Poirot, and Charlie Chaplin in the film the Great Dictator.

He started out in theatre and in radio dramas, where his unique voice with its mischievous tone - which he was able to transform at will - quickly made him famous. It also led him into the business of dubbing, the work he is best known for.

In 2012, the actor received the prestigious Henri-Langlois Award in the dubbing category. He retired the following year at the age of 85.

"My magic potion recipe [for staying young] is this marvellous job that has kept me going...marvellously. I had the chance to play a lot: theatre, TV, dubbing... When you're happy, you don't age so quickly," he said at the time.

Many people took to social media to pay their respects to the actor, including Cannes Film Festival president Pierre Lescure.

“Roger Carel...93 years for eternity. His voice, his voices, of course! His many supporting roles in film and theatre...And then his intelligence, his humour, his deep humanity...A gentle and friendly man ...A friend for three and almost four generations. Thank you, Mr Carel,” he tweeted.

Mr Carel was buried in privacy in the village Aigre in Nouvelle-Aquitaine on September 17.