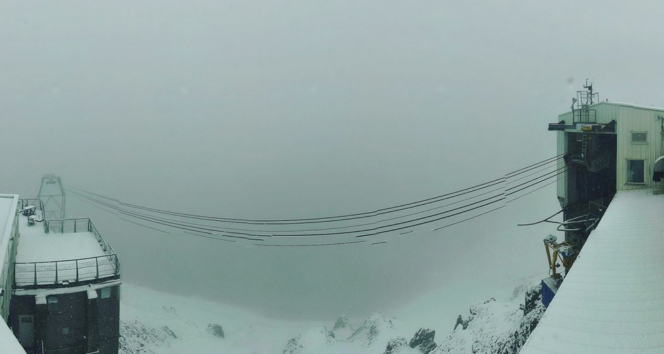 The camera at the top of the Pic du Midi captured the snowfall, which is rarer at the end of June Pic: Météo Pyrénées / @Meteo_Pyrenees / Twitter

Snow has fallen late in the season in the Pyrenees, with snowfall reported from 2,700 metres altitude near the Pic du Midi, yesterday (June 23).

It is the latest in ‘extreme’ weather in France – following heatwaves, storms, flash floods and tornados across the country in recent days.

The local forecaster explained that snow in June is “not so rare” in the area, saying: “It’s a common phenomenon at these altitudes.” However, it did say that snow, even in the higher mountains, had become rarer in the second half of June in recent years.

In the latest update at the time of writing, a total of 28 departments in the east of the country are still on yellow (second-lowest) alert for storms, and some departments closer to the centre – such as Creuse, Correze and Cantal – are also on alert for heavy rain. Eure is on alert for flooding.