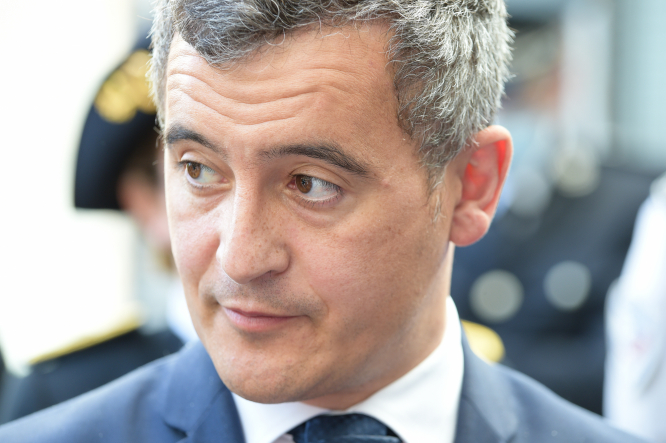 A French website naming high-profile figures who are supposedly Jewish has been condemned by Interior Minister Gérald Darmanin.

The site is called Je suis partout – I am everywhere – referencing an antisemitic newspaper published during the Nazi occupation of France in World War Two.

Mr Darmanin wrote on Twitter yesterday (August 10): “This antisemitic site is deeply shocking and vile. I have signalled its contents – which are likely to be found criminal – to the procurer so that proceedings can begin against the authors and the site can be closed as soon as possible.”

In a second Tweet he added: “Web hosts and social media managers should take responsibility.”

The site has since been taken down.

On the site, and an associated group chat on messaging app Telegram, high-profile public figures were classed on a global map according to which ‘circle of power’ they were supposedly in.

Links to the site were shared numerous times on social media sites including Gab, which is known for having a far-right usership, and Yandex, the ‘Russian Google’.

The site did not explicitly make reference to the Jewish religion.

The title Je suis partout is taken from a weekly French newspaper that from 1941-1944 was the primary pro-Nazi, antisemitic and collaborationist publication in France.

In various articles published during this period the paper called for a “purge” of Jews in France, and for Jews to be separated from the rest of the French population and murdered.

Editor Robert Brasillach was sentenced to death after the liberation of France in 1945 for ‘collaboration with the enemy’.

1 day ago
4
What income must Britons show for a six-month visitor visa for France?