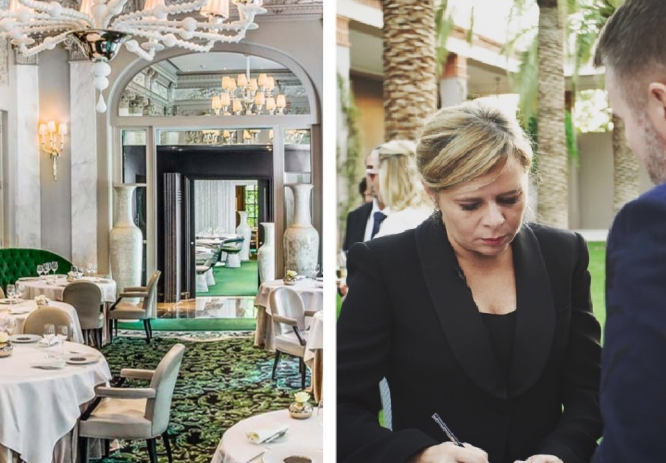 She won with a creation of apple sugar soufflé, with caramel, cider and popping candy ice cream.

Previously, the award has always gone to a man.

Les Grandes Tables du Monde association includes 174 of the world’s best restaurants from across the globe, adding new establishments all the time.

Congratulating Ms Brua on her unprecedented win, David Sinapian, president of Les Grandes Tables du Monde, said: “Christelle Brua has successfully created a strong identity, recognisable from a mile away, which is inspiring an entire generation of chefs.”

Mr Sinapian is the partner of Anne-Sophie Pic, the only female three Michelin starred French chef.