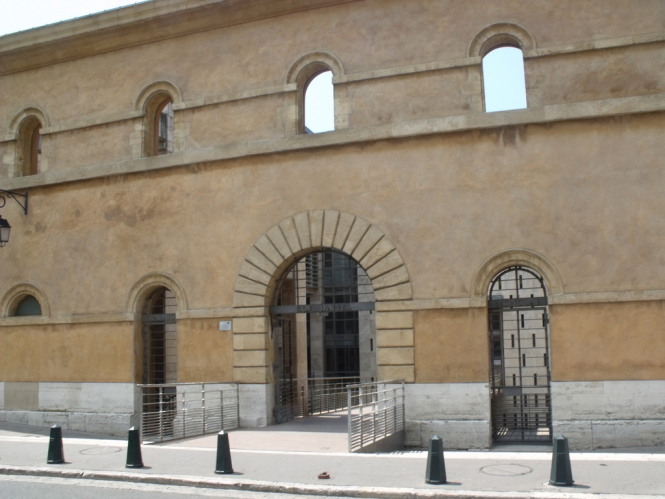 The Court of Appeal in Aix-en-Provence, which gave Herrou a four-month suspended sentence
By Connexion journalist

Cédric Herrou, main leader of the migrant defence association Roya Citoyenne, was handed the sentence by the Aix-en-Provence Court of Appeal on August 8.

Herrou, who lives less than 10 km away from the border over which many migrants cross into France, claims not to help them for financial gain, and is said to simply come across the refugees as part of his normal life, despite growing border restrictions.

He alleges he is doing “the work of the State”, declaring in court that a “democratic citizen has a responsibility to do something when the State fails”.

Herrou was initially fined €3 000 with suspension for the alleged squatting of a disused SNCF building, in which he was charged with harbouring around 50 Eritreans, but was later charged for having picked up hitch-hiking migrants on the Italian side of the border, with the Court of Appeal demanding prison time.

The state lawyer reminded Herrou that a law exempting from punishment those offering a humanitarian service, did not apply in the event of "deliberate law-breaking and militant” action.

Herrou's sentencing has been debated on Twitter, with many users saying that they support his actions, and others asking why he was "only" given four months' jail time.

Herrou is also said to have helped almost 1 000 migrants to apply for asylum in Nice since April this year - including Sudanese and Africans fleeing via Libya - and was also stopped by police in July while allegedly driving 156 migrants to register for asylum in Marseille.

In a statement published before this week’s court ruling, the League for the Rights of Man (la Ligue des droits de l'homme) denounced the State for “treating citizens that help exiles as if they were delinquents”, and accused it of “constantly violating the rights of migrants and refugees”.