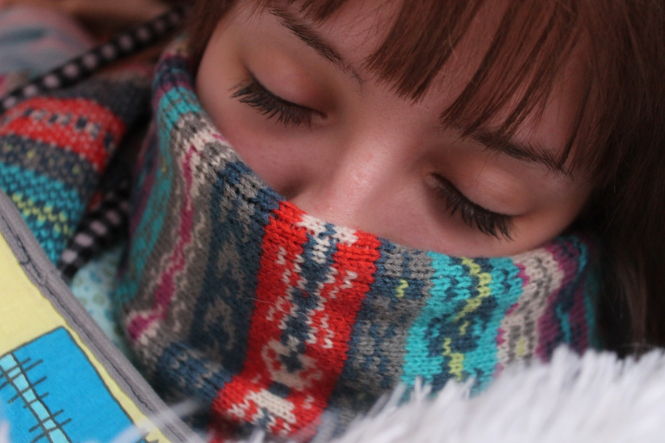 Winter conditions such as gastro and 'flu are on the rise across France, with gastro epidemic and 'flu 'pre-epidemic'
By Connexion journalist

The illness has spread quickly across the country in the past few weeks, as family members have met up for Christmas and New Year celebrations.

During the Christmas week, GP consultations for the condition spiked, with 289 recorded per 100,000 inhabitants, compared to 177 the week before - according to national GP network Sentinelles.

Gastroenteritis can cause symptoms such as diarrhea, nausea, stomach pain, vomiting, dehydration, and general fatigue. It usually passes within 48 hours. It is not usually dangerous, except for the very young or elderly, or those with compromised immune systems.

It can be prevented by handwashing, not getting too close to others, and general good hygiene habits such as only drinking from your own water glass. Eating bland-but-filling foods - or those with high fibre content - such as apples, pasta, rice and potatoes can also help.

Bronchiolitis and ‘flu are also on the rise, with residents also warned to be alert to their spread too.

Santé Publique France has said that six regions of the 13 on mainland France are in a stage of “pre-epidemic” for ‘flu: Bourgogne-Franche-Comté, Brittany, Ile-de-France, Occitanie, Pays de la Loire, and Provence-Alpes-Côte d’Azur.

‘Flu has not spread much this year compared to last year, with just 51 doctor consultations per 100,000 inhabitants reported over the Christmas week. Yet, worse is predicted, as in 2019, the ‘flu season reached its peak in mid-February.

While most people recover within one or two weeks, the condition can be very serious for vulnerable people: at the height of a two-week “epidemic” phase in 2019, more than 8,100 people died from the illness.

Bronchiolitis on the rise across France

Bronchiolitis is a highly-contagious infection of the smallest lung airways (the bronchioles), which can affect children aged two and under. It is spread by coughs and sneezes. Symptoms include a dry cough, fast or noisy breathing, difficulty feeding, and a fever.

It will usually pass within two to three weeks, but some cases are more serious and need hospital attention. According to public health agency Santé Publique France, the condition was linked to more than 5,000 emergency hospital admissions in the week of December 23 - a 10% rise compared to the week before.

The condition is at epidemic proportions across most urban areas of the country, with 35% of children seen in hospital being admitted, of which 93% were babies aged one or under.

Home doctor service SOS Médecins said that they had seen 797 related calls in the same week, a week-on-week rise of 15%.