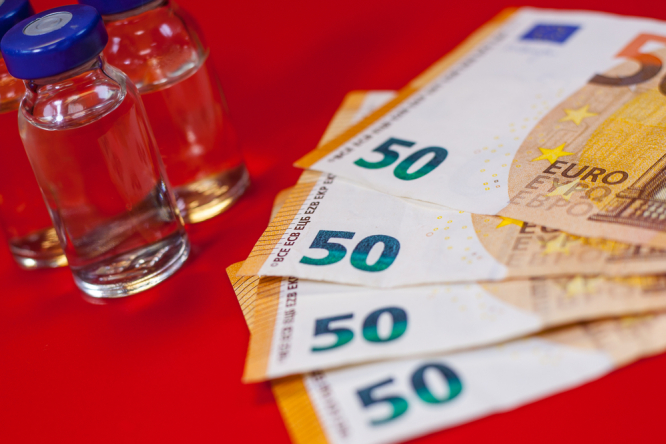 Some towns in France have already started offering prizes for people who receive a vaccination Pic: Jolanta Mosakovska / Shutterstock

People getting a Covid vaccination in France could soon be entered into a draw to win a cash or other prize, as ministers and MPs discuss whether to introduce vaccination ‘lotteries’ to boost take-up.

Under the system, anyone who receives a vaccination would be entered into a prize draw and given a chance to win. More lots could be created for certain categories, such as vaccinations by a given date, or for particular sections of the population.

The idea may sound unusual, but it is not new.

Other countries have already implemented similar systems. Moscow has offered prizes including a car; Canada gave one lucky winner CAD$100,000; while in Seattle, where cannabis is legal, one person won a spliff.

In France, the town of Argenteuil, in the Val-d’Oise, has already launched a ‘holiday destination’ prize draw in a bid to convince people in the 18-25 age category to have their vaccinations.

If people of this age have their vaccinations in the town in July, they will be entered to win a holiday break, plus cinema and concert tickets.

In Nimes, a similar system is in place for people aged 18-25, who have until July 18 to have their first injection. Showing proof of this will enter them into a draw to win gift vouchers or free bus travel.

Local authorities said that the initiative was intended to “involve young people in collective action”, especially as the Delta variant continues to spread.

Health Minister Olivier Véran has warned that more than 25% of new Covid cases involve the variant and encouraged people to get vaccinated as quickly as possible, including throughout the holiday season.

He said that: “There is a potential threat of a return of the epidemic as early as this summer.”

In a tweet, the minister said: “Against the Delta variant, which is rising, our best weapon is vaccination, which reduces severe forms by [a factor of] 20. A vaccinated country is a country that is no longer locked down.”

So far in France, prize draw initiatives are not taking place on a national level, but a source close to Prime Minister Jean Castex told the HuffPost: “It could be interesting, as long as it remains within the law.

“It isn’t enough to just ‘convince’ non-vaccinated people. If one day, we believe it pertinent to launch this kind of thing on a national level, within the law and ethics, then why not? Other countries are doing it.”

Mr Véran has even said that “all initiatives that aim to encourage vaccination are welcome, so long as they are legal”.

Yet, not all politicians are in favour of the idea.

Former LREM MP (now EELV) for Val-d’Oise, Fiona Lazaar, has stated her disagreement with the lottery for young people in Argenteuil.

She said: “Let us vaccinate ourselves for our health, and for that of others, so we don’t have to lock down the country again. Health is not a game, nor a consumer good.”

She continued: “Health and vaccination are very serious subjects, we can’t play around with them. We must reassure people about vaccination, when people are doubting the side-effects. I think it would be better to explain this, rather than pushing people towards lotteries. It’s counterproductive.”

She said that if the lotteries take place, they should be introduced in consultation with the regional health authorities Agences Régionales de Santé (ARS), and the local mayor, at a minimum.

Other ways to increase vaccination rates

The MP said that she was more in favour of other methods to increase vaccination rates, such as “going to the populations who need it most, such as elderly care home workers, into people’s homes, where people are struggling to get vaccines. That’s much more pertinent”.

She also said she would like to see more towns improving their “communication drives”, such as the successful social media campaign launched on July 1 in the Provence-Alpes-Côte d'Azur (PACA) region.

She said: “With their social networks, their information bulletins, and working with associations on the ground, they can really encourage vaccination.”

ARS PACA has used the eye-catching phrase: “Yes, vaccines can have desirable side-effects”, combined with images such as couples kissing, families on the beach, and a crowd at a concert that is just about to start.

The goal is to encourage people who have not had their first vaccination to do so, and remember that the aim of mass vaccination is to enable people to get back to ‘normal’ life.

It says: “With each vaccination, life starts again. Let’s get vaccinated.”

On its website, ARS PACA said: “It sends a very positive message to the population, with photographs showing scenes of people getting together, while also referring to people’s fears of ‘unwanted side-effects’, which you hear a lot about with the Covid-19 vaccine.”

The campaign has been lauded by a number of ministers, health professionals, and Twitter users in France and abroad.

The French vaccination campaign continues to be fantastic https://t.co/bOTecEgC9v

In France, the latest figures show that more than half of the population has received at least one dose of a Covid-19 vaccine.

In the PACA region, this is at 48.5%, putting it at the bottom of the league table in mainland France in terms of vaccination coverage, just behind Ile-de-France, where 49.3% have been vaccinated so far.

Covid France: GPs expected to get lists of unvaccinated patients
France allows holidaymakers to get second Covid jab while away