Gilets Jaunes: Protests in days and weeks ahead 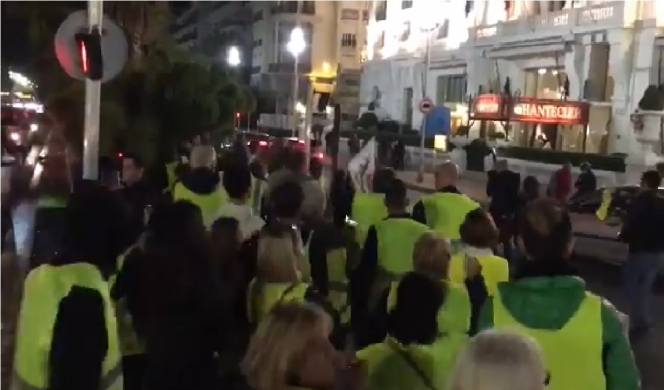 More Gilets Jaunes protests protests will take place on Saturday and New Year's Eve, and continue into 2019, according to reports.

"The yellow vests are still mobilised," said Laetitia Dewalle, one spokeswoman of the protest movement which does not have a traditional leadership structure.
Several of the movement's representatives said a seventh straight Saturday of protests will take place across the country this weekend - with Paris, Nantes, Toulouse and Bordeaux expected to be particularly affected.

Spokesman Benjamin Cauchy said protesters would also take to the streets of Paris on New Year's Eve, "to show that the mobilisation will not end in the new year".

And he warned that members of the grassroots movement would stage a 'large-scale mobilisation' towards the end of January.

According to the Gilets Jaunes' measures announced so far by Emmanuel Macron in response to the protest are "insufficient and without any real desire to improve the standard of living of the French people".

Priscillia Ludosky, whose petition calling for a reduction in fuel prices sparked the movement, reiterated the movement's demands for, "a serious reduction in all taxes on basic necessities" (energy, housing, transport, food, clothing), a "significant" cut in the salaries of elected officials and senior officials and the implementation of a citizens' initiative referendum.

Several thousand people have indicated on the Gilets Jaunes Facebook page that they plan to attend the New Year's Eve protests. But Officials in Paris have said that the planned protests on the Champs-Elysées on December 31 would not affect planned New Year's Eve celebrations, when tens of thousands of visitors flock to the famous boulevard to see in the New Year.

Paris officials said they would continue as planned with preparations for a fireworks display and sound and light show on the Champs-Elysées.

Meanwhile, authorities in Bordeaux have also taken preventive measures "because of the demonstrations announced and following the events of recent weeks". In particular, cultural establishments - including libraries, museums, and Grand Théâtre-Opéra de Bordeaux and public gardens - will be closed.

In Rhône-Alpes, a call was made on Friday morning for an indefinite blockade of the Total refinery in Feyzin, south of Lyon, as well as the Hôtel de Région in Lyon.

15 hours ago
5
What are the new Covid rules in France from tomorrow?